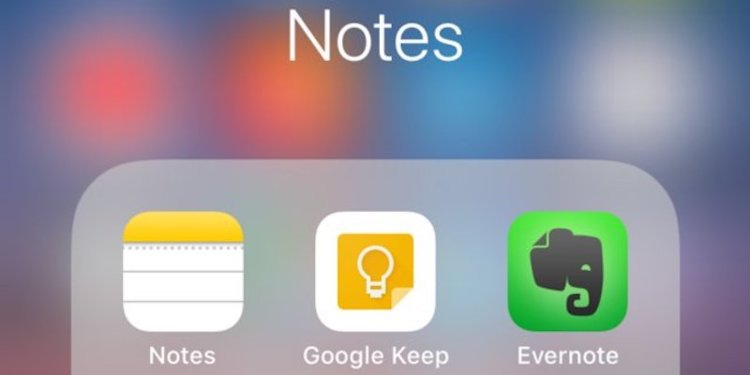 After switching to Android in November after over decades on iOS and iPhone, I was determined to find a better note / organization / journaling solution than the mishmash of notebooks, iOS's Notes app and Google Docs as I've spent the last few years.

As a business inspector is an international correspondent, I constantly travel around the world while juggling a dozen different tasks, such as scheduling itineraries, taking notes during interviews or experiences, prioritizing workloads, and writing down a place of observation.

The combination I used was to make me more disorganized than organized. I had some observations in an app, another in Google Docs, and my to-do lists and interview notes in my notebooks. To put it simply, I lost or misplaced many notes, or I would find myself in a desperate scramble to find a note or another when trying to write a story. It wasn't fun.

My first instinct was to use Evernote, as I had used it before. But during my last stint with Evernote several years ago, I found the interface too complicated for the quick observations and to-do lists that I often write down. It's probably most useful for intensive tasks like saying, writing a book once made by Insider Inc.'s global editor Nich Carlson. Some of the best features are hidden by a premium paywall. I wasn't ready to commit myself to a pre-pay solution.

After reading through my colleague Kaylee Fagan's hit of popular notebooks, I hit Google Keep Notes. It was the best decision I have made for a long time.

1. It works the same everywhere

Google Keep Notes works exactly the same on all platforms, from iOS to Android to its web app at keep.google.com.

When I switched from iOS to Android, all my iOS notes were suddenly caught on my old phone and iCloud account. I was determined not to get stuck again.

Other notebooks I've used lately have only work on the smartphone. Having a web version means I can quickly access my story notes or observations when I return from a day of interviews and am ready to sit down and write my draft.

2. The interface is simple, light and visually appealing

I've found what encourages me to use the app more often. It is literally one click to start a note.

Lately I found myself whipping out my notebook to write a note or list, now I find myself opening up Hold because of how easy and fast it is to use.

The app supports all types of notes you might want to include, including to-do lists, pictures, text, voice, drawings, maps and even web pages you want to remember.

Even more incredible, if you take voice notes – I take a lot to talk out story ideas – Keep Notes converts all voice memos to text so you can read them later.

The simplicity of the app can sometimes be annoying. For example, it is impossible to have a note that is both text and a checklist. In addition, the app does not support rich text such as bold or italics two features that I like to use to visually signal what is important in a note.

Nevertheless, it is a small price to pay for how easy and useful the app is gathered.

3. The organizational system is best described as controlled chaos, just the way I like it.

The interface almost resembles a cork plate covered with different colors. It allows you to browse and quickly find the note you are looking for without writing as much as a search or cycling through folders.

Some may find this organizational system chaotic, but I have found it to be adaptable to several organizational levels. Everything depends on how much thought or custom you want to put into the app.

Notes can be color coded in about a dozen different colors. For now I just added color to the notes I keep going back to, but one can easily color the notes based on projects or type.

In addition, instead of using folders, Keep Notes, like most notebooks, uses labels. This means you can sort your notes in any way you like. Just add a hashtag to the end of the note with the label you want and it's already sorted.

When you want to find your note later, you can either click on a label or use Google's powerful search to find exactly what you are looking for, search by text, label or note type.

4. The app contains premium features that you normally have to pay for other apps to use

Keep can extract text from photos, such as from a sign, photo or business card, a feature that Evernote costs extra for.

Surprisingly, Keep integrates well with Google Drive and Google Docs – the two apps I use most for work. If you want, Keep can transfer notes to a Google Doc, which I've found extremely useful when I'm ready to start writing an article. My notes and observations go directly into my draft.

Keep can even have notes that act as reminders. The reminders can be set so that notes pop up after a specific date and time, or even based on a GPS position.

Perhaps, most importantly, Keep allows you to have collaborative or shared notes. That means my partner and I can have a shared task list for personal items, and I can keep the editor up to date on the stories I work on in the same app.

Everything is in one place. And that's what has been keeping (ha!) I used the app long after I had left other solutions.

It's a New Year, New Me after all.