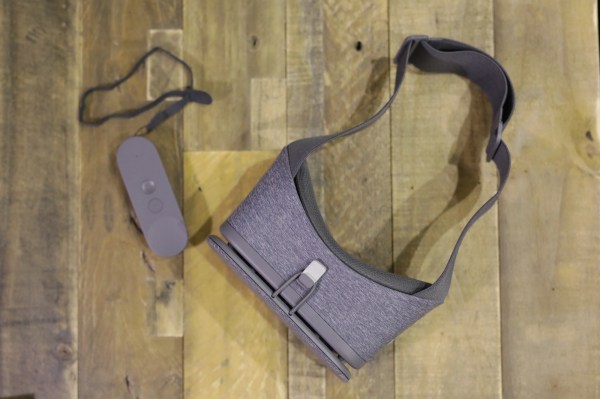 Google injects some Chrome into its VR platform, bringing the browser to the Daydream headset, announced today. It has been a long time to consider the depth of Google's WebVR experiments on desktop and mobile Chrome.

The Mountain View tech giant announced that it worked on this a while ago, back on I / O 2017.

Google has been moving quite slowly with some major Daydream updates lately, while Facebook's Oculus has driven heavy news to the mobile platform thanks to new, stand-alone hardware. Daydream rolled out its own position-tracking headset with Lenovo earlier this summer, but a major lack of content has been the system's biggest problem. Bringing the Netdream to Daydream can help correct this and lead more mobile developer awareness to WebVR can be a positive move for Google as it seems to make content discovery easier.

Last year, the company made it possible for you to open WebVR content in mobile Chrome on your phone, then drop it into a headset of cards and check out the content, with this you can launch in VR, explore inside VR and Then move on to something else.

Downloading desktop pages inside a VR headset does not necessarily seem terrifyingly disturbing, but there are some optimizations Google has made to ensure that some non-WebVR content gets special processing, including a "cinema mode" like drops videos into a special environment to keep your eyes on the content. You also get incognito mode, voice search, and access to your saved bookmarks.

The browser is available for Lenovo's Mirage Solo, as well as Google's own Daydream View headphone, and you can access after updating Chrome on Android.

The network is largely still an untested virtual reality wilderness that no one raves to conquer the given headphone volume is still quite low and much wind has been sucked out of VR's sails lately. There are many interesting things that the internet allows for virtual social environments, and while most major forces are aware of their own platforms, a platform like Chrome that comes on Daydream can start rubbing any developer's imagination for what's possible.