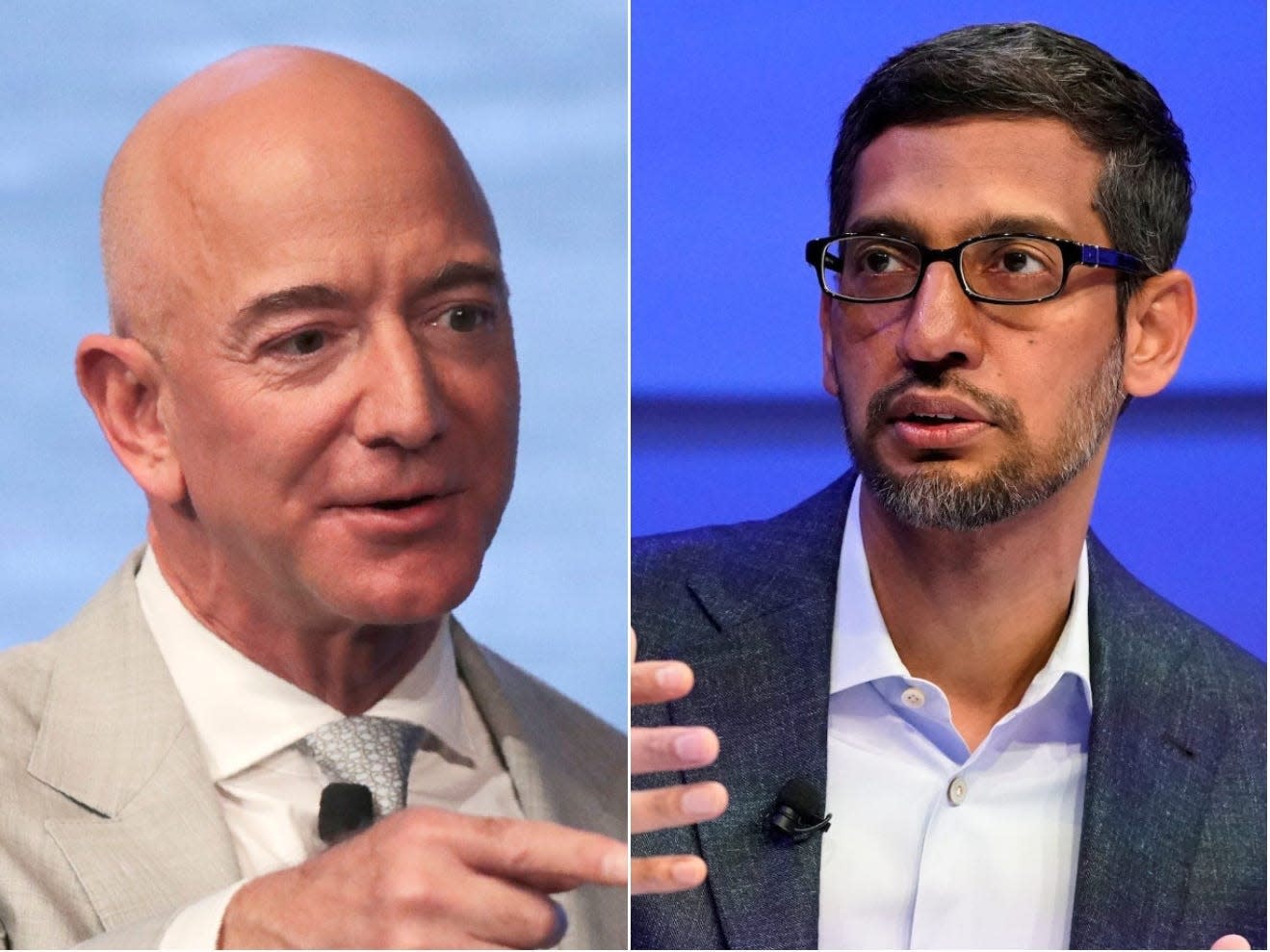 Amazon founder and his brother Mark Bezos plan to fly on the first human flight to the New Shepard spacecraft, designed by Jeff’s space company, Blue Origin. Bids for one of six seats on the ship reached nearly $ 30 million, with nearly 6,000 participants from 143 countries.

The planned 11-minute trip is the company’s first planned space tourism aircraft, which will blow the crew 62 miles above the earth’s surface. Bezos founded Blue Origin in 2000, and he said in an interview in 2018 that it was his “most important work.”

Separately, Virgin Galactic flew its first full crew, including founder Richard Branson, to the edge of space on Sunday.

“Well, I’m jealous,” he said. “I would like to look at the earth from space.”

The comment came as part of an extensive conversation with Rajan, in which Pichai described artificial intelligence as “the deepest technology that humanity will ever develop and work with,” adding: “If you think of fire or electricity or the internet, that’s it. “But I think even deeper.”

Asked when he last cried, Pichai – who grew up in the Tamil Nadu region of India – said: “Seeing the morning cars parked around the world under COVID.

India’s coronation virus death toll officially peaked at 400,000 last week, and the country’s inability to catch the virus made headlines globally through April and May.

Pichai also warned of threats to online freedom, revealed that he was currently driving a Tesla, and said he wished he had met Stephen Hawking before he died.

Asked how often he talks to one of his big rivals, Facebook boss Mark Zuckerberg, Pichai said: “You know, when and when … There is no periodicity in it. When and when it is necessary.”

The full interview is now available via BBC Sounds.

Are you a current or former Googler with more to share? You can contact this reporter securely using the encrypted messaging app Signal (+447801985586) or email (mcoulter@businessinsider.com). Reach out with a non-device.