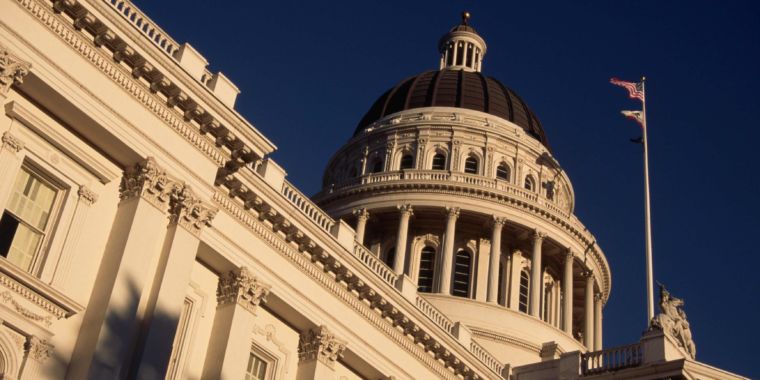 The California Assembly approved yesterday a strict net neutrality bill despite resistance from the telecommunications industry.

The California Senate already approved a previous version of the bill in May. But some minor changes were made in the assembly, so the senate must vote for the bill again today before you go into the recess. If the Senate approves, California Governor Jerry Brown would have until September 30 to sign the bill in law.

The bill would prohibit ISPs from blocking or deleting legitimate traffic and from claiming fees from websites or online services to deliver or prioritize traffic to consumers. The bill also imposes restrictions on data-tax exemptions, and states that ISPs can not try to avoid network protection by slowing down traffic at network connection points.

The vote in the Assembly was 61

- 18. All 55 Democratic members of the Assembly and six Republicans voted for the bill. All 18 votes against it came from Republicans.

"Internet vendors have tried to tough and kill this bill, collecting money and robokals in California," wrote the criminal analyst Katharine Trendacosta after the poll.

With the Senate Action, "California could pass a gold standard network of neutrality bills, which would be a template for states in the future," Trendacosta continued. "California can prove that ISP money can not defeat real people's voices."

"This bill is the strongest law that restores and defends net neutrality protection in any state", according to campaigner Carli Stevenson from law firm Demand Progress.

The bill recently received support from groups representing firefighters, who is angry at Verizon to melt Santa Clara County Fire's "unlimited data" while fighting against the state's largest ever fire brigade.

AT & T and cable lobbyists urged former legislators to reject net neutrality bill. The assembly voice was criticized by USTelecom, representing AT & T, Verizon and other telecom.

"Consumers expect an e called national approach to keeping our internet open, not the confusing patches of conflicting demands that were made today, "USTelecom's CEO Jonathan Spalter said after the poll. "The California Assembly's voice today holds the country in a rollercoaster tour of the state's neutrality provisions, but will not come closer to stable and consistent neutral protection consumers deserve in the long run."

USTelecom has also been working against national net neutrality rules by failing to sue the Federal Communications Commission under the Obama administration, then by calling on the Trump era FCC to scrape the rules.

California's proposed state act was designed to fill void from federal regulators, but USTelecom has said it will sue states that determine their own network neutrality rules.