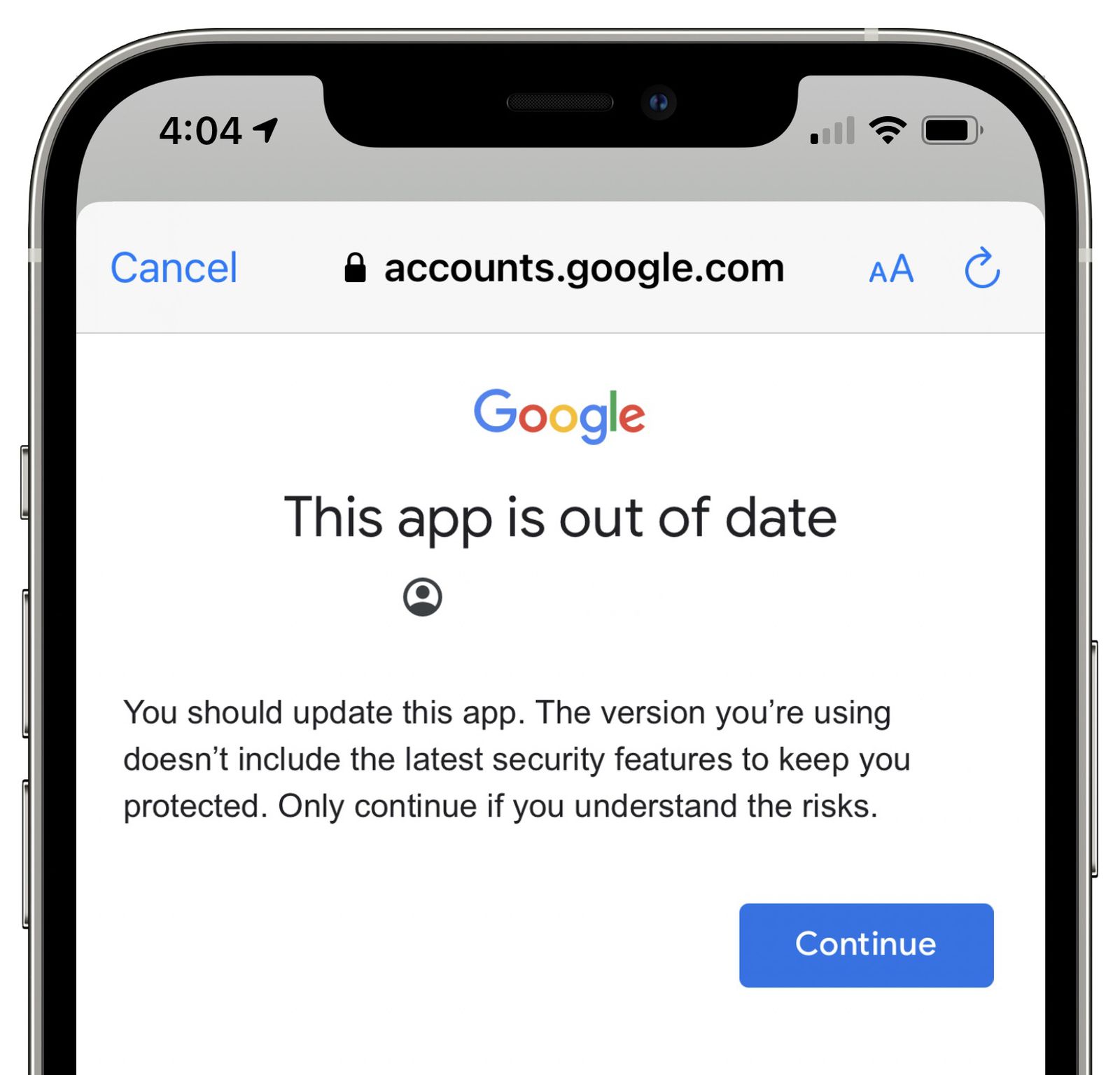 Although Google has promised to update its suite of apps with App Privacy labels to comply with the App Store rules that Apple began enforcing in December, many of the largest apps have gone months without updating, and still show no privacy information. 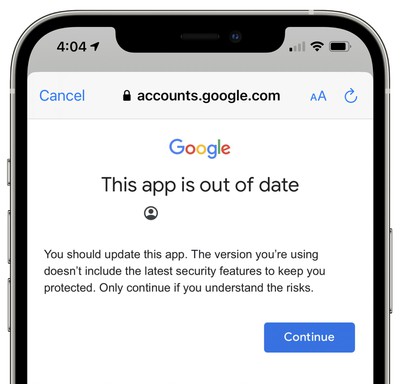 It’s been so long since Google last updated the Gmail app, in fact that Gmail is now warning that the latest security features are not available. As discovered by Techmeme editor Spencer Dailey, when you sign in to a new account in the Gmail app for iOS, it gives a warning that you should update and suggests that you just continue with the login “if you understand the risk. ”

Unfortunately, no update is available for the Gmail app. Version 6.0.201115 of the Gmail app is the only available version of Gmail on iPhone and iPad, and it has not been updated since December 1st.

Google on January 5 claimed that they would add privacy data to the app directory “this week or next week”, but by January 20, most apps had still not been updated with the App Privacy Labels.

Google has since quietly added labels to apps like YouTube, but major apps like Gmail, Google Search, Google Photos, Google Maps and others still do not have privacy features. Even in apps that have been labeled, there have mostly been no features or security updates.

It remains unclear why Google takes so long to add app privacy labels to its iOS apps, and there is no word on when Gmail will get an update. Google has regularly updated its Android apps, and the latest update for the Android Gmail app was released on February 9th.

There has been speculation that Google is reluctant to provide privacy label data due to the negative feedback that other companies such as Facebook have received, but there is still no confirmed explanation.

App privacy labels have been required since iOS 14.3 and are designed to give customers details about what data an app collects from them, so they can make an informed choice when choosing to install an app. App developers are required to self-report privacy information in ‌‌App Store‌‌, and developers must identify all data collection and usage issues.

Update: Google has pushed a server-side update that removes the outdated alert when you try to sign in to a new account in the Gmail app.