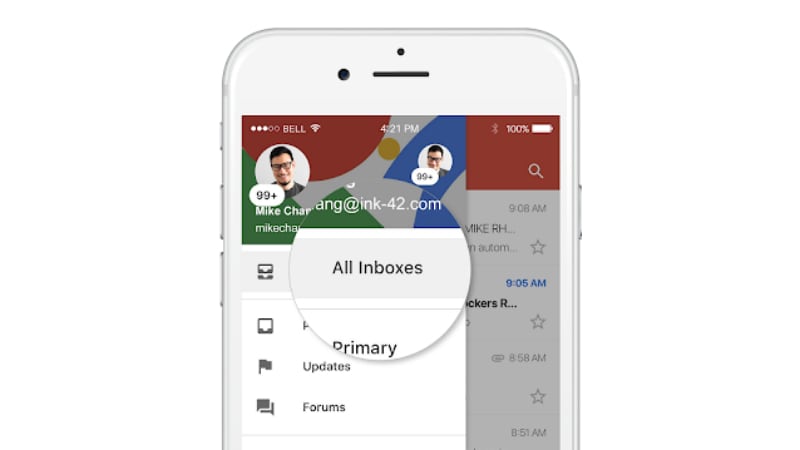 The Gmail app on iOS has now received An update that makes it easier to manage multiple accounts. The update now adds a new "All Inbox" tab to allow users to view the entire list of emails from all their synced Gmail accounts in a single window without having to switch accounts. The unified inbox feature, which has been around for Gmail for Android for a long time, has gradually rolled out on iOS and will be visible to all users within the next 15 days. It is available to all G Suite Edition users right away.

On the left side of the iOS app, the All Inboxes folder displays email conversations across categories and accounts. This also means that Universal Search will now work much more efficiently, helping you dig the mail without having to swap accounts. In particular, this feature has been available on Android for a long time and it looks like a move from Google to strengthen its grip even in the iOS room where users have options like Apple Mail and Outlook to choose from.

A feature coming to iOS later is not always the case. Back in June this year, Gmail received iOS AI-based smart alerts for high-priority emails well before her counterparty on Android did. This feature allows users to get rid of spam and unwanted emails using machine learning and knowledge about artificial intelligence.

For other key features of Gmail's iOS app in recent times, the email client received confidential mode on both Android and iOS back in August this year. This mode allows users to send emails as self-destructions after a certain time period.