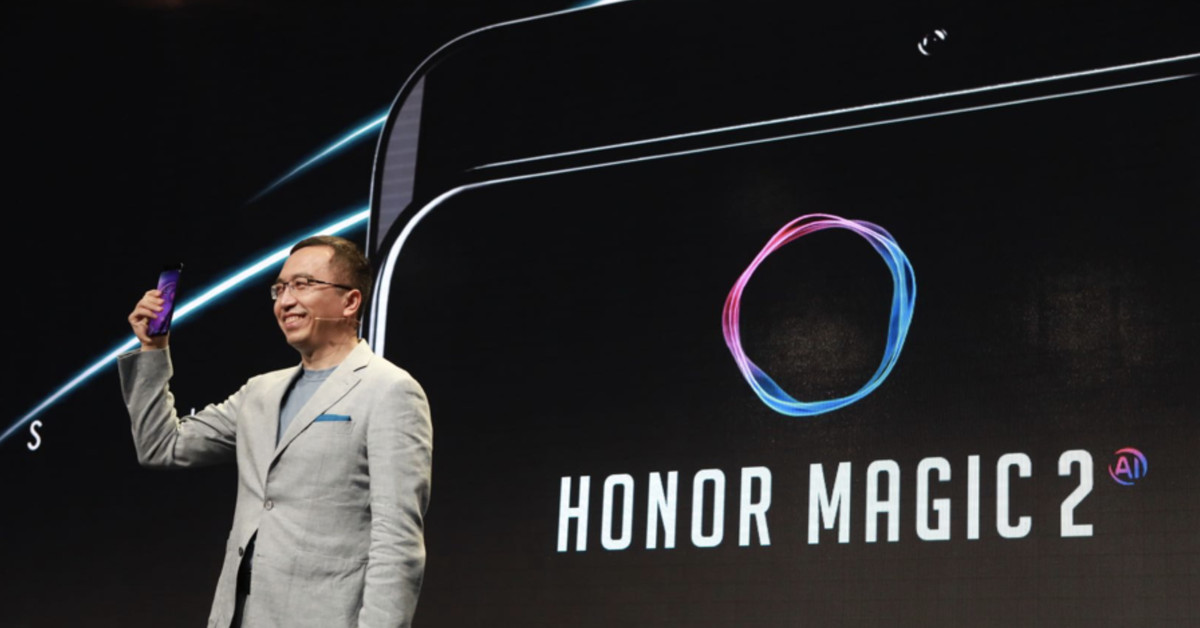 The Huawei Honor brand was featured at IFA with a surprise this year: an early dream of its new Magic 2 flagship, a follow-up of the company's original AI enhanced Magic phone from 2016.

The Great Update on Magic 2 is a new "Magic Slide" feature that hides the camera under a slider to allow a full screen-free display without chopping – similar to Sliding Oppo Find X from earlier this year. According to Honor, the new design has an almost 100 percent relationship between display and body, although Magic 2 has not yet been shown in addition to a brief appearance of a prototype at the IFA press conference and a teaser image (see below) so it's hard to tell exactly what it looks like.

A zoomed image from Honor's live stream (via Android Authority ) appears to showcase an exciting device that lacks any objections or notches, even though we have to wait for Glory to give us a better look to judge for sure.

Magic 2 will also be turned off by Huawei's new (and still unannounced) Kirin 980 processor, which is probably the sequel to today's Kirin 970 chip found in phones like P20 Pro. ]

According to Forbes Honorary President George Zhao confirmed in an interview that magic 2 is at least two months away from the release, but the company wanted to uncover the early page "a competitor" had heard about designing and planning a similar phone. Just hours after Magic 2 was revealed, Lin Bin, President of Xiaomi, recounted the company's forthcoming Mi Mix 3 flagship (via GSMArena ) with a similar slider camera design, so it seems like Zhao was right to be worried.