While everything indicates a GeForce RTX 2060 release during CES, the GeForce RTX 2050 or GeForce GTX 1150 has now provided geekbench presence for the first time.

At least it is Tum Apisak, known for his (often correct) predictions, mentioned on Twitter. He found a discovery in Geekbench's database, an unknown model from Nvidia with 14 shader clusters. There would be just over 50 percent fewer clusters than on the GeForce RTX 2060 (which would get a partially disabled TU1

06 GPU). It is believed that Nvidia relies on a fourth Turing GPU called TU107. It is not known whether 14 shader clusters represent full configuration. 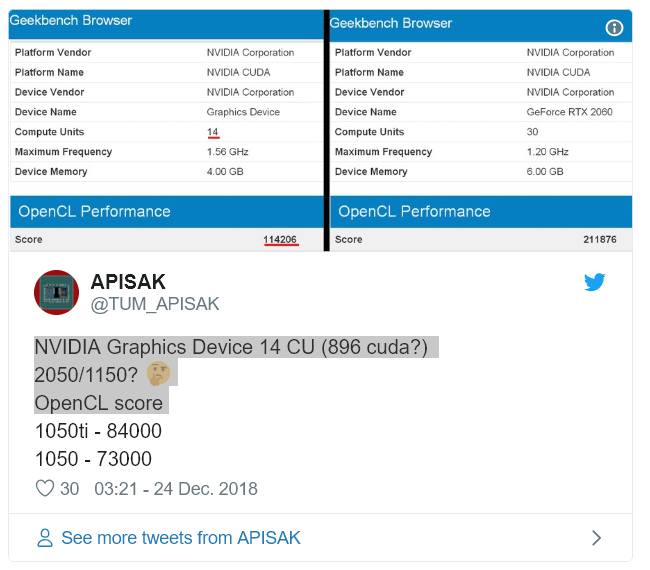 Yes, we're not so sure about that? Rumors currently indicate an 1100 series release for non-Raytracing kernel parts. It would be tremendously weird though for NVIDIA to make that kind of move. Apisak is currently considering both options, so his findings could mean either a GeForce RTX 2050 or a GeForce GTX 1150.

If you ask my opinion, it would only make it easier to name the 2000 series, just with a GTX brand for non-RT core-enabled products, and hence the GeForce GTX 2050, eh? 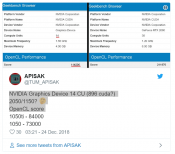