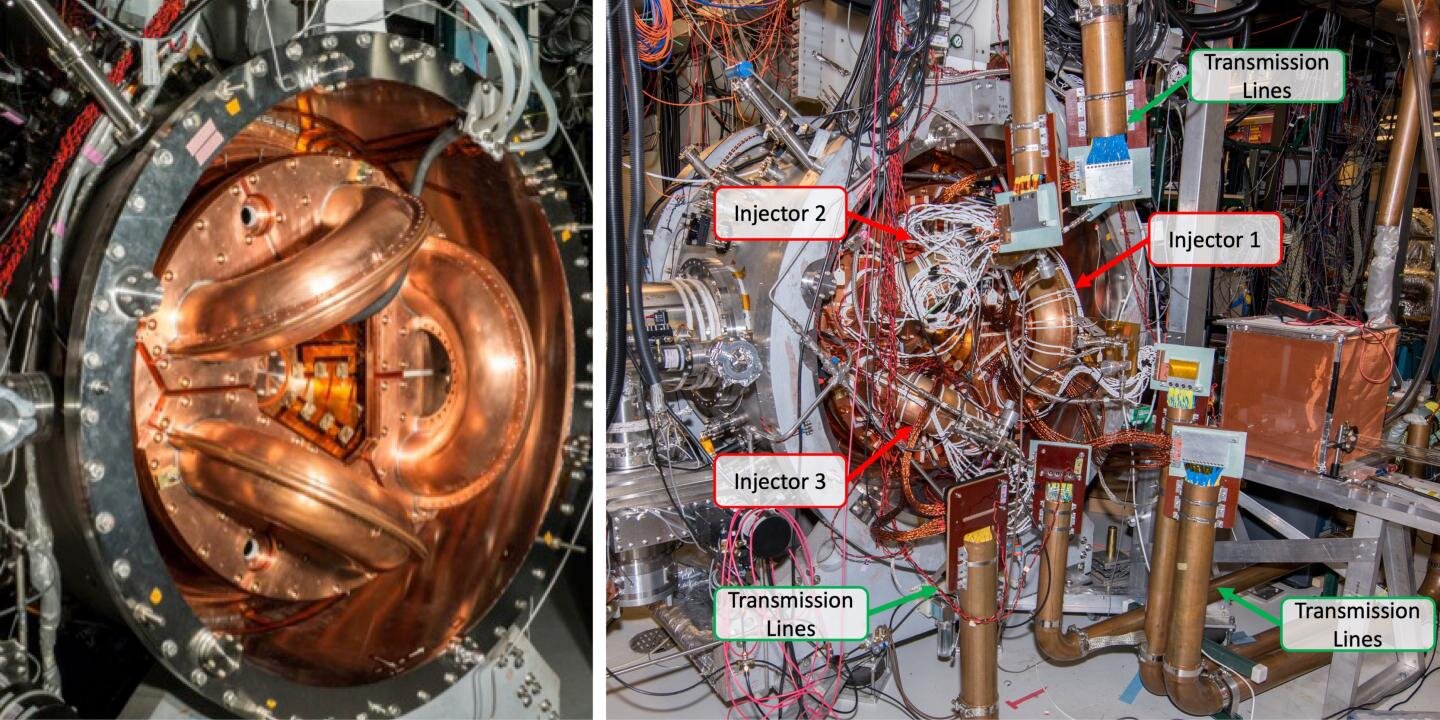 Nuclear fusion provides the potential for a safe, clean and abundant energy source.

This process, which also occurs in the sun, involves plasmas, liquids composed of charged particles, which are heated to extremely high temperatures so that the atoms melt together and release abundant energy.

One challenge in carrying out this reaction on Earth is the dynamic nature of plasma, which must be controlled to reach the necessary temperatures that allow fusion to occur. Now, researchers at the University of Washington have developed a method that leverages advances in the computer game industry: It uses a game graphics card, or GPU, to run the control system for the prototype fusion reactor.

The team published these results on May 11 in Review of scientific instruments.

“You need this level of speed and precision with plasmas because they have such complex dynamics that evolve at very high speeds. If you can not keep up with them, or if you predict how plasmas will react, they have an ugly habit of walking in the wrong direction very quickly, “said co-author Chris Hansen, senior researcher at UW in the Department of Aviation and Astronautics.

“Most applications try to operate in an area where the system is quite static. Most of what you need to do is ‘push’ things back into place,” Hansen said. “In our laboratory, we are working to develop methods to actively keep the plasma where we want it in more dynamic systems.”

The UW team’s experimental reactor itself generates magnetic fields entirely in the plasma, making it potentially smaller and cheaper than other reactors using external magnetic fields.

“By adding magnetic fields to plasmas, you can move and control them without having to ‘touch’ the plasma,” Hansen said. “For example, the Northern Lights occur when plasma moving from the sun runs into the earth’s magnetic field, which captures it and causes it to flow down towards the poles. When it hits the atmosphere, the charged particles emit light.”

Here, the plasma is formed in three injectors on the device, and then these are combined and organized naturally in a donut-shaped object, like a smoke ring. These plasmas last only a few thousandths of a second, which is why the team needed to have a high-speed method to control what happens.

In the past, researchers have used slower or less user-friendly technology to program their control systems. So the team turned to an NVIDIA Tesla GPU, which is designed for machine learning applications.

“GPUs give us access to a huge amount of computing power,” said lead author Kyle Morgan, a UW researcher in the Department of Aviation and Astronautics. “This level of performance was driven by the computer game industry and recent machine learning, but this graphics card provides a really great platform for controlling plasmas as well.”

Using the graphics card, the team was able to fine-tune how plasmas entered the reactor, which gave the researchers a more accurate picture of what happened in the form of plasmas – and finally possibly the team could create longer-life plasmas that work closer to the conditions. required for controlled fusion power.

“The biggest difference is for the future,” Hansen said. “This new system allows us to try newer, more advanced algorithms that can provide significantly better control, which could open up a world of new applications for plasma and fusion technology.”

The origin of the two-part stratum explained

Provided by the University of Washington

This document is subject to copyright. Except for some fair trade for private study or research, no parts may be reproduced without written permission. The content is provided for informational purposes only.