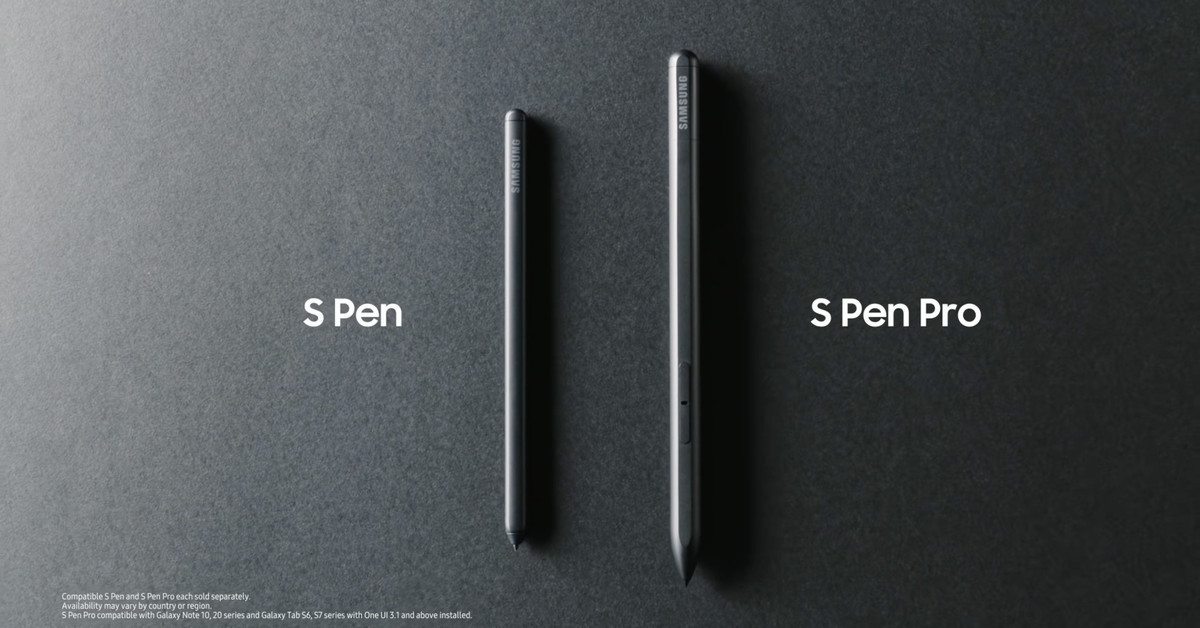 After many peas, it seems as if a collapsible Samsung will finally get support for an S Pen. FCC filing for the S Pen Pro, a larger version of the S Pen with Bluetooth connectivity announced by Samsung in January, has been released, and one document (PDF) reveals that the upcoming pen will work with the unannounced Galaxy Z Fold 3 (which probably the next device in the Z Fold series).

And it’s not just the Z Fold 3 pen, which does not have a release date, but is set to hit this year, will apparently support the S21 Ultra, the Note 20 series and more. You can see the full list of devices that S Pen Pro supports in this image from archiving:

S Pen Pro’s support for the Z Fold 3 is not a big surprise – the company has been hinting at some sort of S Pen support for the foldable for some time. During last year’s Unpacked event, Samsung’s president of mobile TM Roh said in a question and answer that the company has been “happy to hear” that people want S Pen to work with Fold. In a December blog, he said that the company wanted to bring some of the Galaxy Note’s most beloved features “to other devices – which seems to be a nod to stylus support, one of the hallmarks of the Note line. And in January, Roh was even more explicit, saying the company plans to “expand the S Pen experience across more device categories in the future.”

A detailed leak has already shown the unannounced phone with a stylus: a reproduction shared by the well-known leak Evan Blass depicts what appears to be the Galaxy Z Fold 3 with a new “Fold Edition” S-pen in front. Maybe the Z Fold 3 comes with the Fold Edition pen in the box while the S Pen Pro is sold separately.

FCC documents that become public may indicate that a product may be announced shortly after its publication. In this case, an official announcement for the S Pen will soon make sense, as Samsung has been holding summer packages in early August in recent years. Blass has also already stated that this year’s event is scheduled for August 11, along with unveiling a bunch of other devices expected to be unveiled on the show, including the Z Fold 3, Z Flip 3, two new Galaxy Watches and new Galaxy Buds.

Thanks for the tip, Venkatesh!