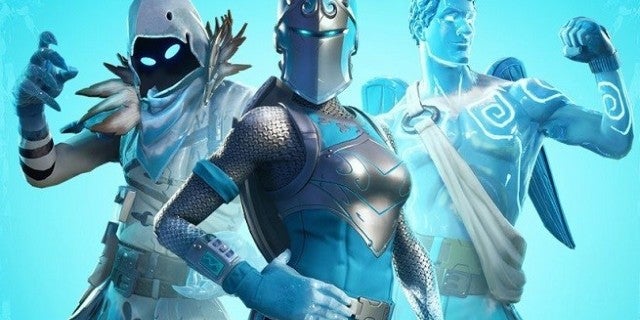 Fortnite has a new item called the Frozen Legends Pack that is now available to purchase, a bundle that includes some rare skins that have been altered for Season 7's winter theme.

Available now in the in-game store for players to pick up, the bundle comes with three different skins that will look familiar to players who already have the original cosmetics. Included in the $ 24.99 bundle is the Raven, Red Knight, and Love Ranger skins, but they've all been tweaked to become “Frozen” variants of the items.

Legends never die, even when they get a bit frosty. 1

The Frozen Legends Bundle is available in the Store now! pic.twitter.com/yBDuL5VGGQ

The bundle includes not only those three skins but also the respective Frozen Back Bling that goes along with each outfit . Each of the skins and their accessories now have a look at the red knight, perhaps the best example of this since it's been changed to blue instead of its normal red color. Epic Games Frozen Raven outfit & its Frozen Red Knight outfit & its Frozen Red Shield back bling

As the sole disclaimer states, only Fortnite Battle Royale players, so don ' Save the World game if the bundle was purchased

The appearance of the bundle will not come as a surprise to many who knew Epic Games would be releasing it on December 24th, but its announcement was spoiled by the reveal when it was just about most of Fortnite's cosmetics often are. Players were able to see the bundle if they have their system clock at a different time with an image of the pack revealing everything that would be included in it.

Fortnite's new Frozen Legends Bundle is now available in the battle royal version of the game and can be purchased for $ 24.99.