Forget trailers: The best upcoming matches we played at this year’s E3 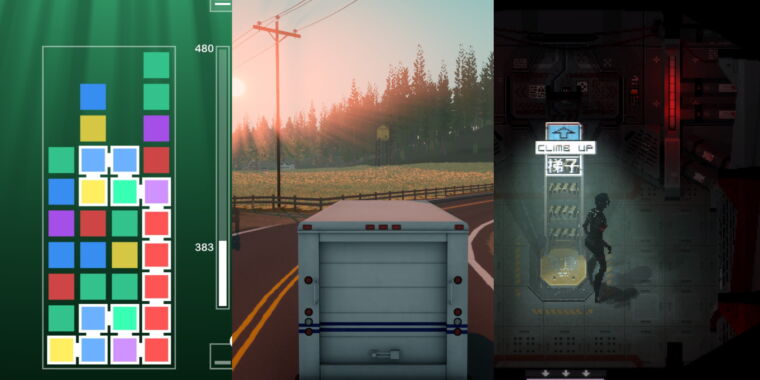 When the dust starts to settle from another hype-filled series of announcements, timed for what was formerly known as “E3”, one thing stands out: People in the press, like myself, have fewer ways to deal with the biggest publishers and tell you what stands out. It’s easy to stage blusters; to get Ars Technica employees to agree that the games in question are fun or interesting to play is not.

While a post-pandemic landscape has led several game makers to offer external game demos, none of the industry’s current “triple-A” titans gave me a way to play their most hyped titles, the ones usually scheduled to launch a few months later. a large June showcase. Sorry, Metroid Dread and Age of Empires 4.

Still, many other game makers were happy to offer me 30-minute pieces of their prized games to be, either via direct downloads or cloud-streamed demos on services like Parsec. No, these are not great movies, but guess what, gaming companies? You had your chance. And the Indians took it.

With a big Steam-related embargo out of the way, I can finally start telling you about my favorite surprises and joys I’ve tested so far. As of today, you can also access most of the recommended demos below via two huge options: ID @ Xbox Summer Game Fest and Steam Next Fest. Both offer complete downloads of upcoming game demos, with 40 available on Xbox consoles and a staggering 550 games on Windows via Steam. The list below contains links to how to find the same demos I tested, with the exception of exclusives that were made available to Ars by the inaugural Tribeca Games Festival – whose limited game selection happened to impress.

I have matched, popped and dropped more puzzle pieces for video games than anyone I know, but I even took a double to see this brand new, weird concept. Having lost hours to the game’s limited demo already, I can safely declare this as my absolute favorite game at E3 2021 and possibly a competitor at the end of my list. Is Ogopogo this E3 best game? Maybe not. But it’s my most played preview of the game of them all.

Like most of my marvelous favorites, the concept is simple, but the depth stretches for miles: you remove blocks by mapping palindromes.

The screens above show what I mean: use a mouse (or a finger at any time Ogopogolaunches the mobile port) to draw a color line that reads identically forward or backward. Red-green-red is a simple palindrome, consisting of three blocks. A single block also counts as a palindrome, in a pinch – but you get fewer points for minor clearings, and it can end a race when difficulty ramps up.

The game really sings when the challenge ramps up, thanks to annoying block patterns that require careful planning to create valuable chains. The game’s demo includes an extra annoying mode, called “Countdown”, which further boxes players in with a limited number of moves. And the creator says that even more modes will appear when the whole game is launched.

Seriously. Warn your loved ones, kiss them goodbye for a while, and download this demo. (Fortunately, the demo will save your progress if life and responsibility break into the genius of this game.)

Although I have played (and enjoyed) this Zelda-like games at conventions and exhibitions over the years, the game has never felt as functional or satisfying as in this year’s brand new demo on Xbox consoles, which I played long enough to confirm the quality – and then immediately deleted. Why play the demo for another minute, when it has already convinced me that it is an incredible end product?

I already knew that TunicArt design hangs on a bouncy animated 3D world, seen from a top-down perspective, with lots of beautiful lighting and particle effects, indoors or outdoors. And I already knew that the mysteries unfold using a gibberish language found on various characters and objects, with enough colors and icons to clear the basic core of the early times (“you need a sword,” “this door is locked , “etc.). What I did not know until this week is how sharp a fight it feels up and down, as it divides the difference between Zelda and Dark souls in a way that is snappy and tense, not punitive.

If you, unlike me, have not already been charmed by Tunic, I encourage you to take a free demo to see how its unique art direction strengthens the game’s mechanical core, emphasizing a sense of wonder and challenge. Since this year-in-development adventure still does not have a release date, the latest (and biggest to date) demo may have to flood you.