‘For All Mankind’ sneak peek: Space physics fixes a vending machine in ‘Don’t Be Cruel’ 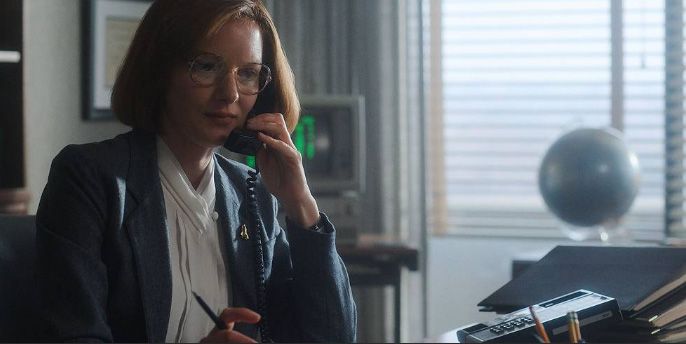 Studying space physics is certainly useful when you break with vending machines.

The fictional director of the NASA Johnson Space Center, Margo Madison (Wrenn Schmidt), uses this knowledge to help a younger employee in this week’s episode of “For all mankind, “sent Friday (April 2) on Apple TV +.

This sneak peek from Apple TV + shows Madison watching Aleida Rosales (Coral Peña) shake a vending machine to no avail, after buying a bite to eat during a late night session.

Video: Take an astronaut-led trip to the lunar base ̵

Rosales flaps the board cover a few times and watches the bag fall successfully against her hand. “Nice trick,” she says, keeping the snack moving.

The clip then includes a spoiler for a diplomatic situation NASA has faced in this alternative story to the 1980s space program.

We will not reveal what happened, except to say that Madison invites Rosales into her office to share a drink and discuss some progress. Rosales, who is very junior and new to the agency, hesitates until Madison encourages her. “Come on! Before I change my mind.”

To learn more about the discussion and NASA’s diplomatic dilemma, watch the full episode on the streaming platform Apple TV +, which requires a subscription of $ 4.99 / month. Season 1 and the first half of season 2 are now available.

If you have time for a deeper dive, we have one spoiler-free discussion about what to expect in season 2 on collectSPACE. More likely spoiler-filled information is available on “For All Mankind: The Official Podcast, “on Apple Podcasts. You can also check out an augmented reality experience called”For All Mankind: Time Capsule“in the App Store.