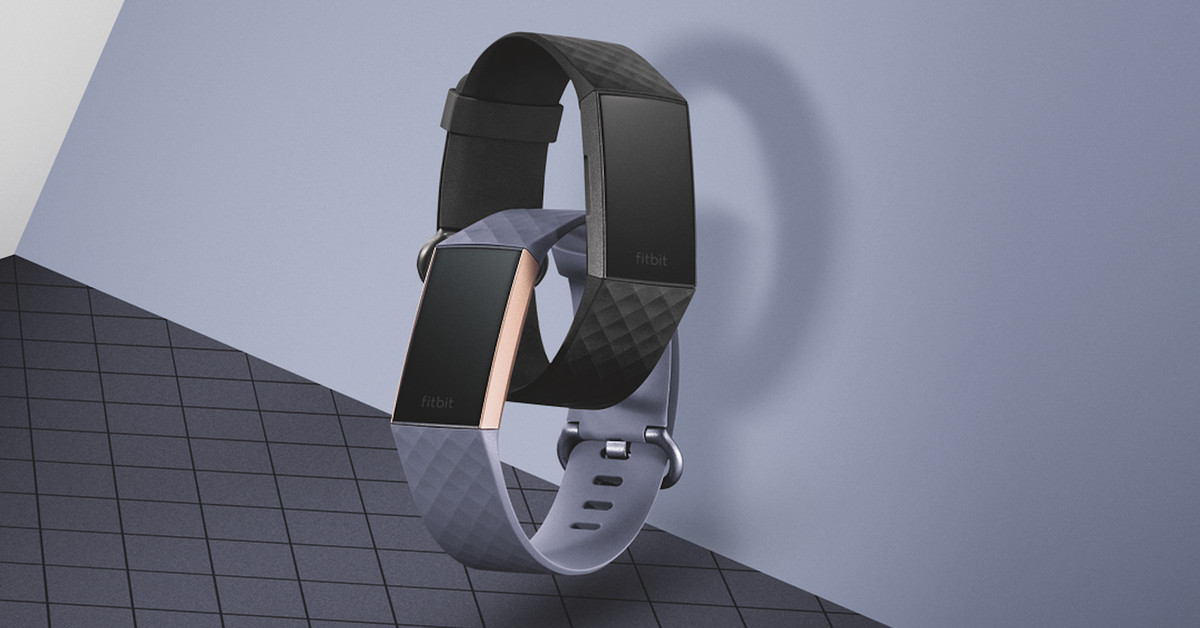 It may seem as if all attention is paid to full-featured smartwatches these days – devices such as Apple Watch, Galaxy Watch and Fitbit's own Ionic and Versa watches – but the popular fitness company has not forgotten its training tracks yet. Today Fitbit (as the leak predicts) announces Fitbit Charge 3, the latest update to the company's Charge Line of Trackers.

At first glance, Charge 3 looks pretty similar to Charge 2: it's a vertical black and white screen, and its overall shape and size are basically the same. But a closer look shows that Fitbit has completely upgraded Charge 3 with a new aluminum body and Gorilla Glass 3 monitor borrowed from the Versa line. The display is now a touch screen with gray toner color support (in addition to black and white only) along with 40 percent more active display area than charge 2.

Ladder 3 is waterproof up to 50 meters) now offering swimming in addition to the other exercises that Fitbit has offered earlier. Fitbit also upgraded the heart rate sensor for better accuracy and added the same SpO2 sensor (or oxygen saturation sensor) found on its smartwatches. Most importantly, the charge 3 now gives up to seven days of battery life on a single charge (up from five days on charge 2).

Up to seven days of battery life

The physical button on charger 2 is also replaced with a new "inductive button" similar to the fake home button on Apple's newer iPhone. There are no moving parts, and the tactile "press" has been replaced by haptic feedback. Fitbit says that the change to the inductive button helped save space inside the device for more battery and sensors, while making it easier to watertighten the device.

There is still no GPS on Charger 3, a decision Fitbit notes were a deliberate weigh for improved design, price and battery life. The company pointed out that the population of people who drive without the phones is still relatively small.

But Charge 3 is not just an aesthetic redesign: Fitbit also adds several new training features that have trickled down from their smartwatches to make Charge 3 more useful. Like Versa, the watch view now has an alternative to dragging to the dashboard where users see statistics like current step counting, active minutes exerted, calories burned and more.

Fitbit continues to blur the line between tracks and smartwatches

It is a new goal-based training mode that allows you to set specific calories, time, or distance goals before training and then track them over the course of your exercise. Fitbit also brings in the drive detection function from its smartwatches, which can automatically start and stop tracking without having to manually select them.

Additionally, Fitbit continues to blur the line between trackers and smartwatches with smartphone alerts on Charge 3, which marks the company's first tracker to get the feature. You can view app notifications, conversations, calendars and texts on Charge 3. (Users can filter by app what appears.) You can also accept or reject calls and Android Users get the ability to quickly respond to hermetic response messages.

There are also several new apps on Charge 3, including alarms, timer, weather, calendar and Fitbits leaderboard. Additional "popular brand apps" with selected partners are also scheduled for the future, although the company had no information to share on that counter yet.

Charge 3 comes in two models: a $ 149.95 Core version and a $ 169.95 special edition that has NFC and supports Fitbit Pay for payments. Currently there are two color choices: a black band graphite tracker and a rose-colored device with a brighter gray band (The Special Edition model comes with an additional ribbon in the box.)

Fitbit offers preorders for Charge 3 from the site that begins today and it hits stores once in October.