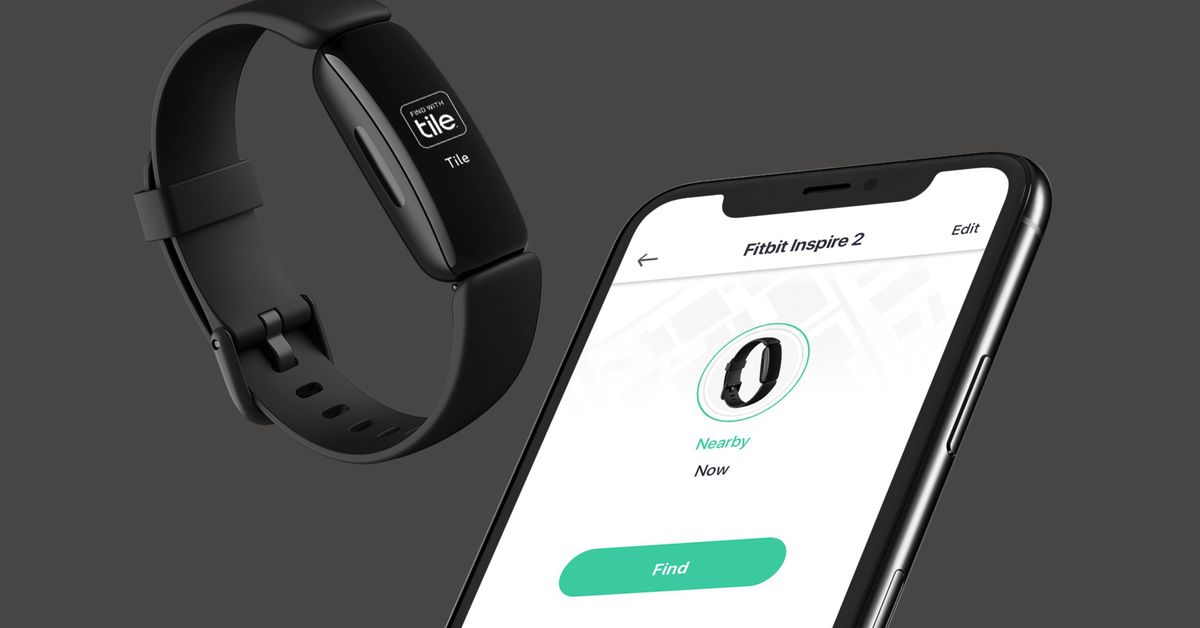 A new partnership between Fitbit and Tile will now allow users of Fitbit’s Inspire 2 to find their devices with Tile’s Bluetooth tracking, the companies announced on Monday.

The free update is available from Monday. Users only need to update the device software in the Fitbit app to add Bluetooth tracking, and then download and activate the Tile app. Once the Tile app is enabled, Inspire 2 users should be able to find their misplaced device (it happens to the best of us) via the latest location, or they can use Tile’s global Crowdsourced network to try to find it.

Fitbit Inspire 2 users can also sign up for Tile Premium to get smart alerts and other premium content at a price of $ 2.99 per month or $ 29.99 per year.

It is the first official partnership between Tile and a portable device company (although Tile counts headphone manufacturers such as Bose, Skullcandy and Sennheiser among its partners). The tracking field for lost items becomes crowded as more companies develop products to compete with Tile. Samsung unveiled the Galaxy SmartTag earlier this year, and Apple̵

7;s AirTags have been expected for some time. Both are expected to have both Bluetooth and Ultra Broadband (UWB) versions.