Breaking News
Home / Technology / Final Fantasy X-3 has a plot, and may come to life after the Final Fantasy 7 Remake is completed 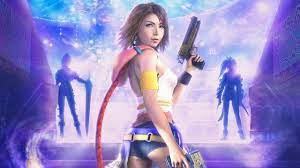 As the first mainline entry in the Final Fantasy series to receive a sequel, it never seemed out of the question that a third game in Final Fantasy X history would eventually be made. It seems that it is now a step closer to happening, after Tetsuya Nomura revealed that a story for the potential sequel has been written – but it will probably not be a complete game for a long time yet.

The comments were made in an interview between Nomura, Final Fantasy 10 director Motomu Toriyama and the Japanese game magazine Famitsu, and were translated by RPGSite. Nomura stated that “If we are going to make 10-3, we somehow have an overview written by [Final Fantasy 10 writer Kazushige Nojima]”

;, And that” It is sleeping right now, but the action itself exists. ”

Toriyama similarly expressed interest in returning to the Spira world, but outlined the challenges that could hinder the development of any development in a sequel. He stated that “The probability is not zero”, but that “we are not in a phase where we can talk about it, unless we have finished producing FF7 Remake.”

Given that the first game in the Final Fantasy 7 Remake series (which only focused on the Midgar part of the game) was only launched last year, and will probably see at least two more games before it’s finished, we might have to wait a while for the team to get started with a potential FFX-3.