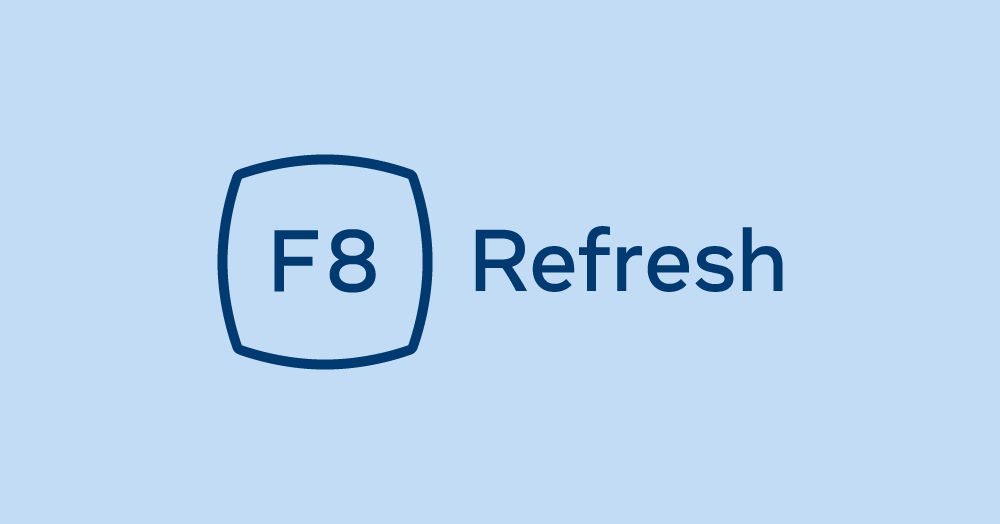 Facebook’s F8 developer conference returns this year as a one – day virtual event on June 2. Like so many major collections, last year’s F8 was canceled due to coronavirus concerns. But the world’s largest social network clearly wants to keep its large community of developers engaged and brings the conference back in 2021.

In a blog post, Facebook’s VP of Platform Partnership, Konstantinos Papamiltiadis, said the new format, called F8 Refresh, would return the event “to its roots: a place to celebrate, inspire and help developers grow.”

; He added: “Our virtual stage will be open to developers worldwide and will be streamed live on our Facebook for developer page on June 2.” Interested developers can register here to be notified when registration opens.

A big difference from previous years is that Facebook boss Mark Zuckerberg will not give the keynote speech, said a spokesman for the company. The Verge. Instead, Papamiltiadis will deliver the opening presentation, which TechCrunch says is expected to “provide some updates on new launches for the platform”, including new product tools for Facebook, Instagram, Oculus and WhatsApp. However, Zuckerberg can speak in other capacities.

Without Zuckerberg leading the show, we can probably expect fewer big announcements that consumers will make, as we have seen in previous years. Facebook still has a lot to talk about, and potential topics can range from ongoing challenges such as platform moderation to the company’s major efforts in augmented reality and virtual reality. From the hints Facebook is dropping, however, it seems that F8 Refresh will be a low-key affair.

Correction March 23 at 12:31 ET: The story previously stated that “Facebook CEO Mark Zuckerberg will not speak.” Facebook has said that he can speak elsewhere at the conference, but will not give the keynote speech. We regret the mistake.