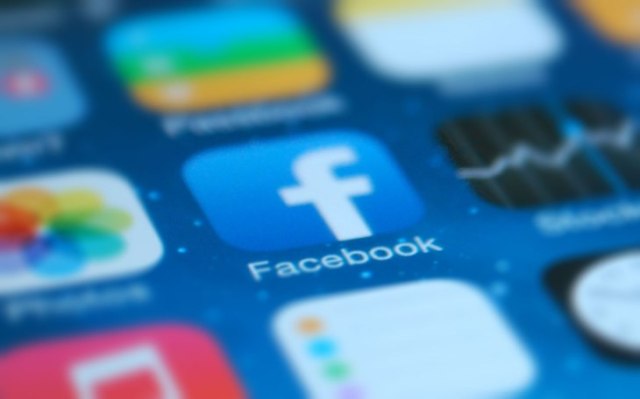 Facebook is building a clubhouse rival, The New York Times reported in February. But what that product will look like or how it will work have been questions that have not been answered. However, new screenshots of a Facebook audio product, which is still under development, show what appears to be a live audio broadcast experience that is more of an extension of Facebook’s existing Messenger room, rather than a standalone app experience. Facebook confirmed with TechCrunch that the images are in fact examples of the company’s “exploratory audio efforts”, but warned that they do not represent a live product at this time.

The company also said that it is inaccurate to detail what a product might look like based on these images. We have decided to publish them anyway with the proviso that of course features in development are very different from live products. Everything and everything can still change between now and a public launch.

7;s existing app. And it is worth considering.

The images themselves have been shared by mobile developer and reverse engineer Alessandro Paluzzi, who came across Facebook’s live audio development and user interface experiments within the Facebook Android app’s code. Like other reverse engineers, Paluzzi digs around in the code to uncover unreleased products in various stages of development. Some of the products he finds are tested and scrapped, while others eventually come on the market. 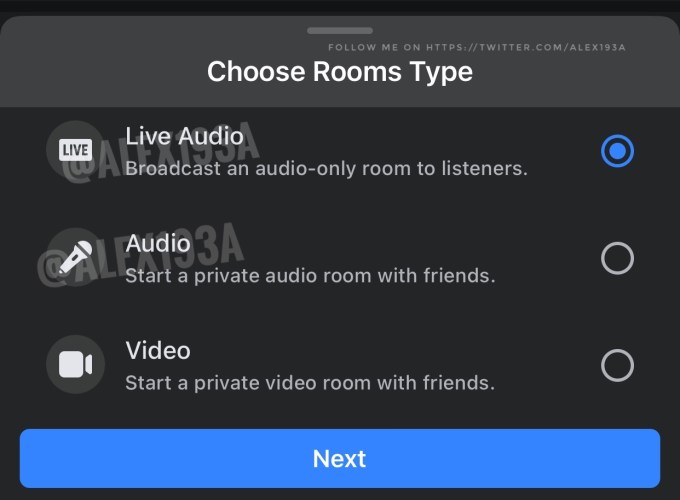 In the case of Facebook, the photos he shared show a “Live Audio” option for Rooms – Facebook’s social zoom competitor, which was first launched in May last year. At the time, people were hungry for video chat options before our collective Zoom fatigue began as the pandemic passed. Now we all want to turn off our screens and hang out in the clubhouse instead.

At the moment, when a Facebook user creates a Messenger room – which you can do from either Messenger or the Status box on Facebook – it’s a group video chat. Here, friends and family can practically hang out or even watch Facebook videos together. But while rooms support up to 50 people, they are not meant to offer a great, public broadcasting experience.

The new images show an expansion of rooms, where you can choose between one of three different “types” of rooms – either a private video room (much like the one available today), or either a public or private audio room. The private audio room would only be a place to talk chat with a group of friends, while the “Live Audio” room would instead be a sound room where you could broadcast a larger group of listeners. 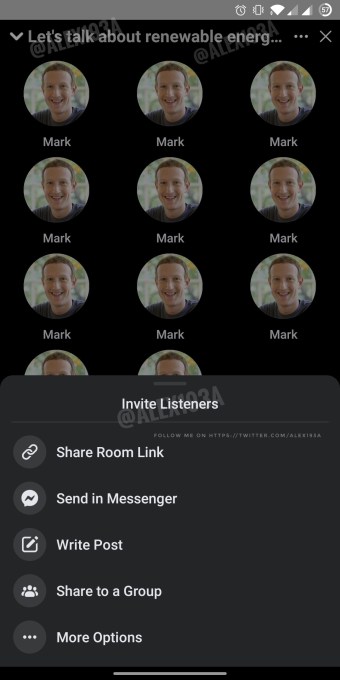 The latter would have its own Room Link, which speakers could then market across Facebook – either in Messenger, via a Facebook post or in a Facebook group – or anywhere else on social media and online.

Meanwhile, the Live Audio Room experience – which Paluzzi spotted with photos of Mark Zuckerberg’s face to represent user profiles – looks a lot like the clubhouse. The speakers are displayed at the top of the room where they are represented by larger, circular profile pictures, while the listeners of the room are shown below. There’s also a ‘followed by speakers’ section that leads the audience section – again, much like the Clubhouse. 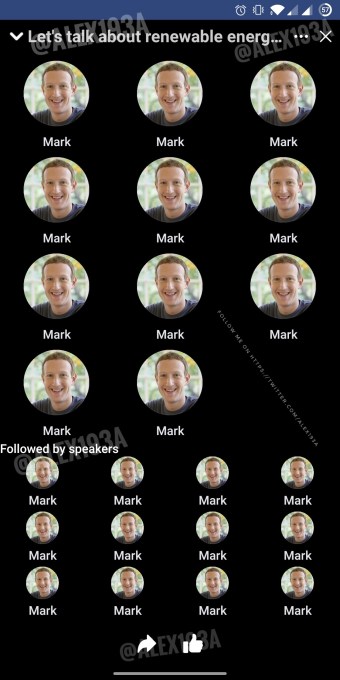 Paluzzi says how the sound room product is developed, it will allow rooms that everyone on Facebook can participate in, and these rooms can be accessible from Facebook itself – which means you do not have to switch to Messenger to join a room. When not expanded to full screen, the room will display the title, number of speakers and total listeners, so you can get an idea of ​​the room’s popularity.

Of course, what Paluzzi has come across is not an end product – it’s just a user interface, buried in the code, and none of the backend works. Facebook also emphasized that the photos were just sound experiments, as mentioned above.

But the images themselves are real and represent something Facebook has built. They are worth examining, despite attempts to downplay their importance.

“We have been connecting people through audio and video technology for many years, and we are always exploring new ways to enhance that experience for people,” said a spokesman, commenting on the photos Paluzzi had published.

It’s no secret that Facebook CEO Mark Zuckerberg is obviously bullish on sound. In fact, he’s already appeared at Clubhouse a couple of times, and recently talked about the potential for social sound in a Clubhouse Room hosted last week by former TechCrunch editor Josh Constine, now an investor in SignalFire. During the conversation, Zuckerberg said that he believes sound has a number of advantages over other formats.

“You do not have to prepare. You do not have to look good before you go to a podcast or clubhouse or whatever you do, ”he said of the hosting experience. In addition, he added, “you can walk around much easier. You can consume it without having to look at the screen and do it in the background while doing something else. ”

Zuckerberg also praised Clubhouse for what they had groundbreaking, saying it would end up being “one of the methods of live broadcasting.” 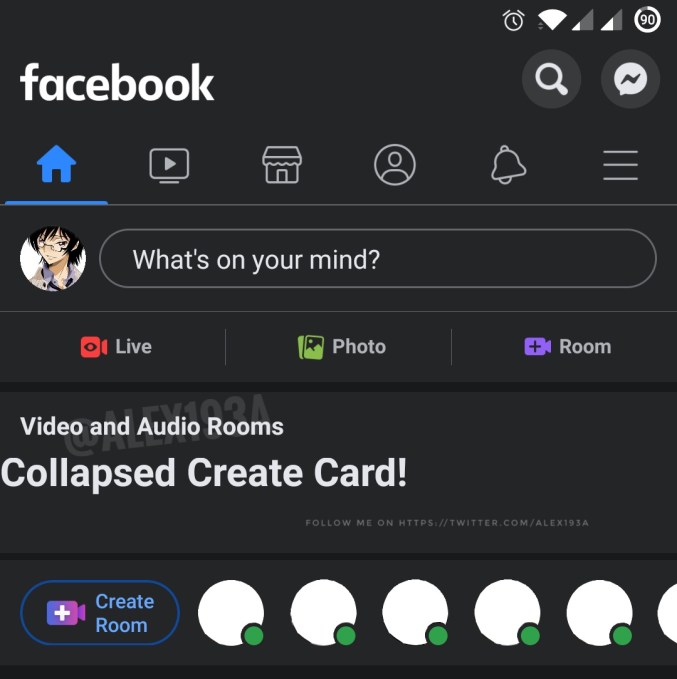 In other words, it seems that Facebook sees Clubhouse as a feature it can reproduce – similar to how it borrowed the concept Stories from Snapchat to Instagram, and the way the TikTok experience was recently copied to Instagram Reels. It does not need to launch a new app to counter the clubhouse threat, it just needs to launch a place for people to use audio on Facebook. (And of course, there is something to be said for praising the club at the clubhouse while building a copy at the same time.)

“Overall, I think this is going to be a pretty big place,” Zuckerberg said of social sound. “The work we do in this basically tries to develop a number of tools across the entire spectrum of how people want to use sound. I am very excited about this, “he added.