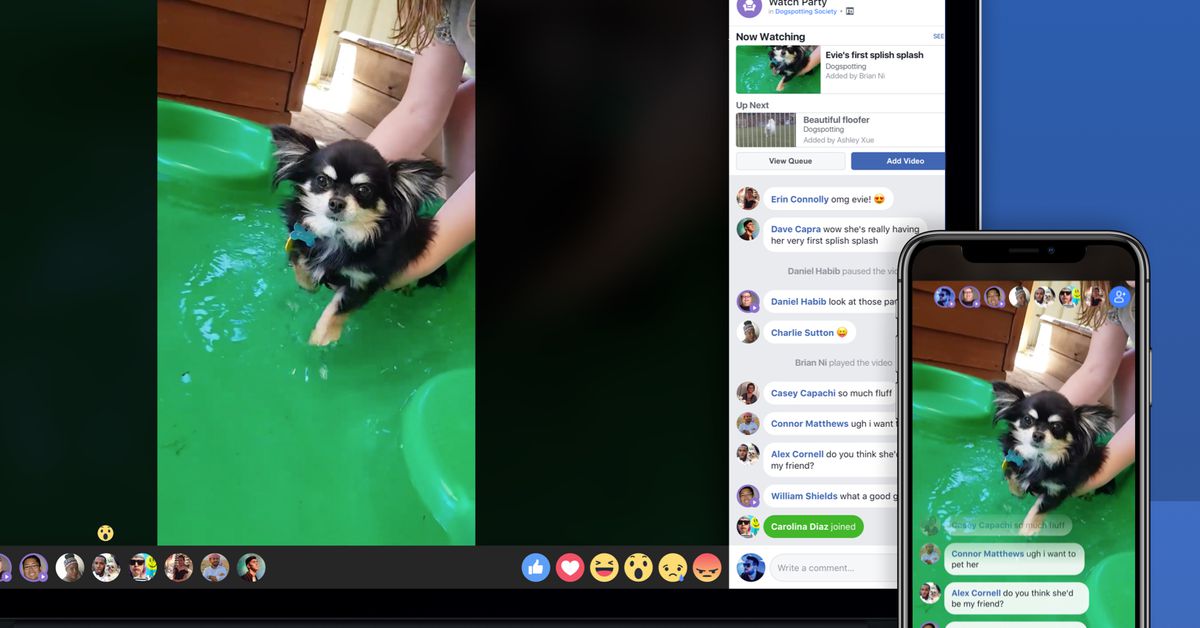 Facebook has officially launched a new feature called Watch Party that lets users watch Facebook videos together. Their streams are synchronized so that they can comment and respond while the host adds videos in the clock and controls playback. Several people can "host" the Watch Party, which gives them the ability to select videos to be added. Participants can suggest videos but do not actually play them. At the moment, Watch Parties can only be started in Groups – non pages – and the videos must be hosted on Facebook itself, even if they can be live or pre-signed. The company announced first and began testing the Watch Party in January.

This kind of feature is one I've heard many people requests from Netflix and Spotify. People want to enjoy content with friends or family even when they are apart. Facebook has invested heavily in Watch content, so it's not surprising to see that the company is building more features. I just do not know how many people want to sit on Facebook and watch videos with their random groups. Facebook says it's built feature to help video streaming become more an experience than a passive action.