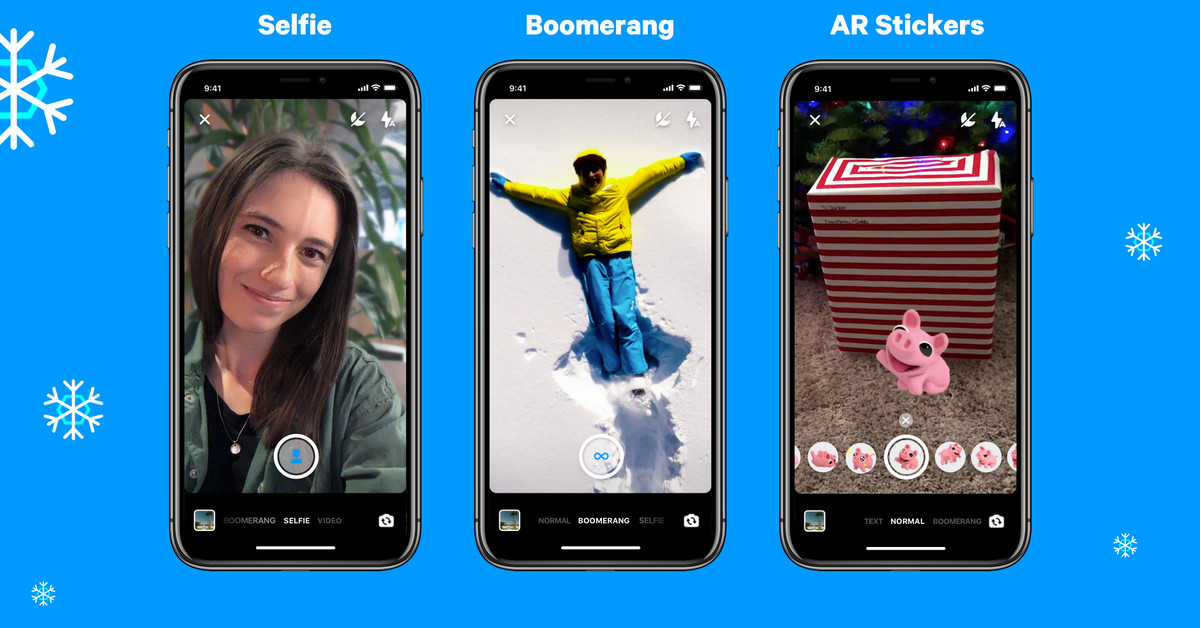 Facebook today announced a number of new camera features for its Messenger app. In addition to native support for looping Boomerang videos, there is also a Selfie mode that automatically displays the background and an enlarged reality feature that lets you place Messenger stickers in your photos and videos.

These new additions mean that Facebook Messenger now has five different camera modes – normal, video, text, boomerang and selfie – just two months after Facebook announced a big messenger redesign with emphasis on simplicity. At least they are well integrated into the interface, on a pretty scroll bar at the bottom of the viewfinder.

Although Facebook has offered expanded reality effects for a while now (either as selfie masks or effects worldwide), AR stickers are taken out of chats and added to photos.

An attempt to connect these effects with the same stickers that can now be sent via standard text chat. By touching the camera icon next to a sticker, you can add that sticker as an enlarged reality object.