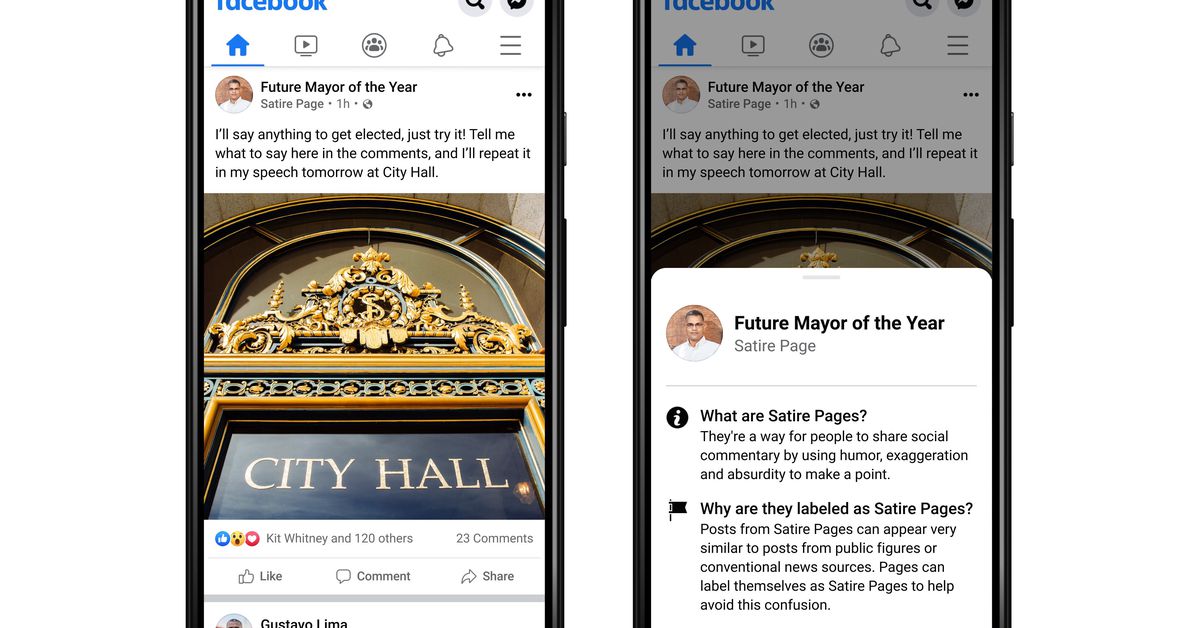 Facebook is adding more labels to posts from pages that appear in users’ news feeds in an effort to reduce confusion about origin. These labels will contain “public servant”, “fan page” and “satire page.” The company says it has already begun testing the distribution of these labels in the United States, and will gradually add more posts.

Facebook has not given any explanation as to why they add these labels, but identifying satire seems particularly important. Take a look at the social sections for news articles written by famous satirical sites like The onion or Babylon Bee and you will find many people who take these stories at face value. In such a context, these posts are really a kind of misinformation, even if the creators had not intended this. Even high-profile figures such as former President Donald Trump have confused these stories as real reports.

From today, we are testing a way to give people more context about the pages they see. We are gradually beginning to use labels, including ̵

6;public servant’, ‘fan page’ or ‘satire page’, in news feed posts, so that people can better understand who they come from. pic.twitter.com/Bloc3b2ycb

This is not the first time the social network giant is trying to make the connection with posts in the news feed clearer. In June last year, it began to label media outlets that are “wholly or partly under the editorial control of their government.” Such outlets need labels, Facebook claimed, because “they combine the influence of a media organization with the strategic support of a state, and we think people should know if the news they read comes from a publication that may be under the influence of a government.”