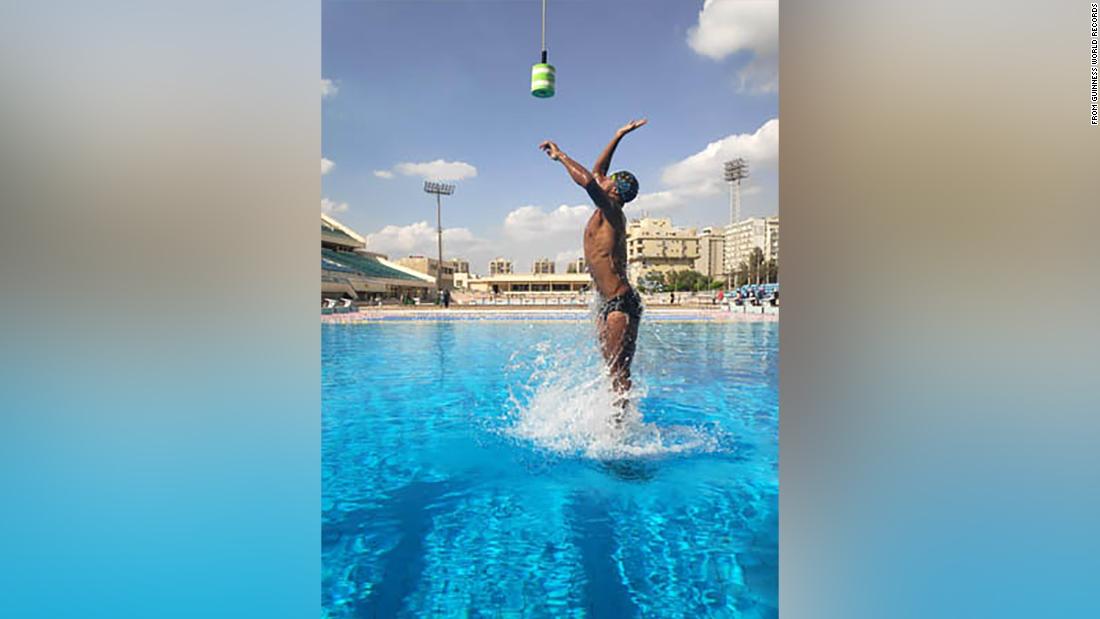 The 21-year-old from Ismailia reached the new peak of the unusual event when he made a spectacular jump of 2.3 meters, according to Guinness World Records.

A monofin is a single fin that fits over both feet.

Shaaban drove past a record held since 2011 by three men, Italy’s Cesare Fumarola and Stefano Figini and Egypt’s Soliman Sayed, who each managed a jump of 2 meters.

Shaaban’s jump took place at an Egyptian diving and lifesaving federation event in Cairo in November.

In a report published by Guinness World Records, Shaaban explained the training routine that gives him his merman-like abilities.

“Bigger muscles make it difficult to sprint in water, so I train to … increase flexibility, improve muscle reflexes and of course build stronger legs,” he said.

Shaaban is also one of the world’s fastest sprinklers underwater, the report says.

“Swimming is peaceful. A rush of inexplicable thoughts crosses your mind underwater, but it is absolutely different and healing,” Shaaban told Guinness World Records.

“As a sprinter, I understand that even thinking burns oxygen, so I tend to focus on the present moment. Part of our training is to learn to be extremely relaxed in the water.”