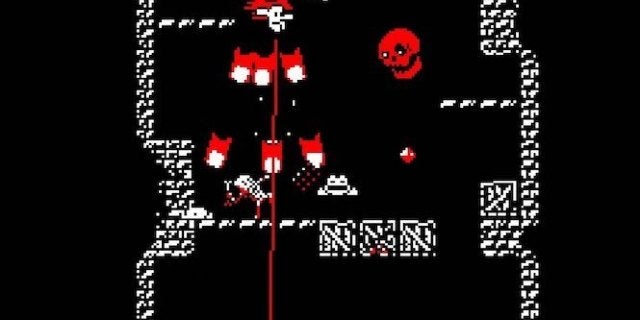 Devolver Digital has been involved more than its games on Nintendo Switch lately, as well as original fare like the breathtaking platformer GRIS . And it looks to continue this trend in 2019 as it's bringing one of its old-school favorites to the platform.

The game originally debuted on PlayStation 4, PS Vita, mobile platforms and PC back in 2016, putting you in control of a character that journeys down into deep levels, shooting enemies that pop up beneath him and occasionally snagging helpful power-ups like lasers and shotguns.

You can see the tweet below, which tied in with the company's Discord channel:

Here's the full description for the game, provided by the publisher:

Downwell is a curious game about a young person venturing down a search in untold treasures with only his Gunboots for protection. Make your way further and further down into the darkness filled with nasty creatures and mysterious secrets to collect the spectacular red gems scattered about the rocks. Step into precariously placed shops and buy useful items or levels up between levels to battle well-dwelling monsters and uncover hidden caves filled with riches and relics.

We figured Downwell 's digital release would be announced at some point, considering it's getting a physical version very soon.

The game is good arcade-style fun with chiptunes and fun visuals to match. Plus, you should be able to play it vertically as well, though we are still waiting for confirmation on that feature.

Check out the gameplay trailer below!