Do not panic: WhatsApp does not support these iPhone models 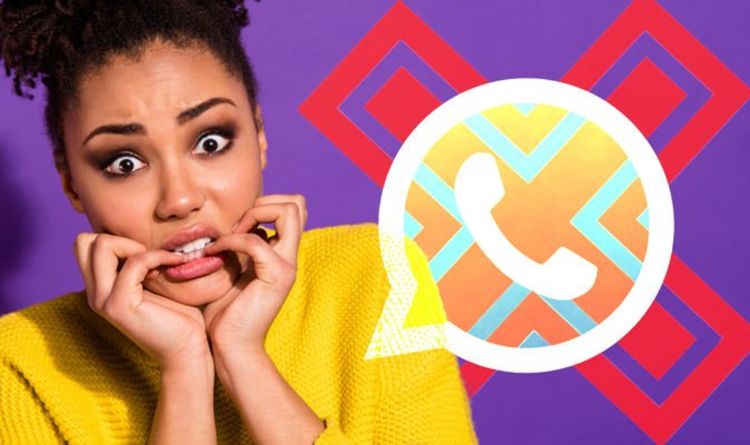 In recent months, there have been reports from a wide range of publications claiming that WhatsApp – the most popular chat app on the planet, with more than two billion users – will drop support for millions of devices from the beginning of 2021. This has happened before, as WhatsApp has tried to balance bringing exciting new features to the vast majority of users with support for older platforms, such as BlackBerry, to help a minority to continue using the service. to keep in touch with friends and family.

According to these worrying new reports, when WhatsApp comes January 1, 2021 only supports smartphones running – at least ̵

1; iOS 9 on iPhone and Android 4.0.3 or later for Android devices, such as Google Pixel, OnePlus, Samsung Galaxy series and more. Devices that will be affected by such a change in the list of supported devices include the Apple iPhone 4 and iPhone 4S, which are too old to be upgraded to iOS 9 or later.

However, there is one important thing that WhatsApp fans on iOS and Android need to know about this recently circulated warning. It is not true. Or rather, it is true – but the change that people are so concerned about has already happened. As the BBC, The Independent and Android Police (to name a few) have already reported, WhatsApp dropped support for iOS 8 and Android 2.3.7 towards the beginning of 2020. As such, users have been living with this change for several months.

From February 1, 2020, WhatsApp announced that it would only run on smartphones powered by iOS 9 and Android 4.0.3 or later.

Express.co.uk reported earlier back in October 2019 that WhatsApp’s support page was updated to warn users about these upcoming changes. WhatsApp’s support page for iOS had previously stated: “WhatsApp for iPhone requires iOS 9 or later. On iOS 8, you can no longer create new accounts or verify existing accounts. If WhatsApp is currently active on your iOS 8 device, you will be able to use it until 1 February 2020.

“For the best experience, we recommend that you use the latest version of iOS available for your phone.”

So while WhatsApp do requires iOS 9 or Android 4.0.3 – this change is not on the horizon, it has already happened. When we talked about these changes before they were rolled out to billions of users worldwide, WhatsApp said that support was dropped for a number of devices to expand the app’s feature set in the future.

In an earlier statement, WhatsApp said: “Although these mobile devices have been an important part of our history, they do not offer the kind of features we need to expand the app’s features in the future. This was a tough decision for us to make, but it aim to give people better ways to stay in touch with friends, family and loved ones using WhatsApp. “

So if you have seen an article claiming that your smartphone loses WhatsApp. Please do not panic. If you can open WhatsApp on your iPhone or Android phone today, you are guaranteed to still be able to open it when the fireworks start on January 1, 2021. This is because the change you are warned about happened months ago.

In other WhatsApp news, Express.co.uk recently reported that WhatsApp users will have to accept new terms and conditions that will take effect next February. If WhatsApp users do not accept these new terms, they will no longer be able to use the market-leading chat app. The message from WhatsApp reads: “By clicking Agree, you accept the new terms, which will take effect on February 8, 2021. After this date, you must accept the new terms to continue using WhatsApp, otherwise you can always delete your account. . “

It is unclear what the changes mean for users with WhatsApp who have previously told Express.co.uk that they do not currently have a statement to offer. However, WhatsApp confirmed that all users must accept the new terms by February 8, 2021 if they want to continue using the chat app. A spokesman also told Express.co.uk: “We will update our terms of use and privacy as we work to make WhatsApp a great way to get answers or help from a business.”