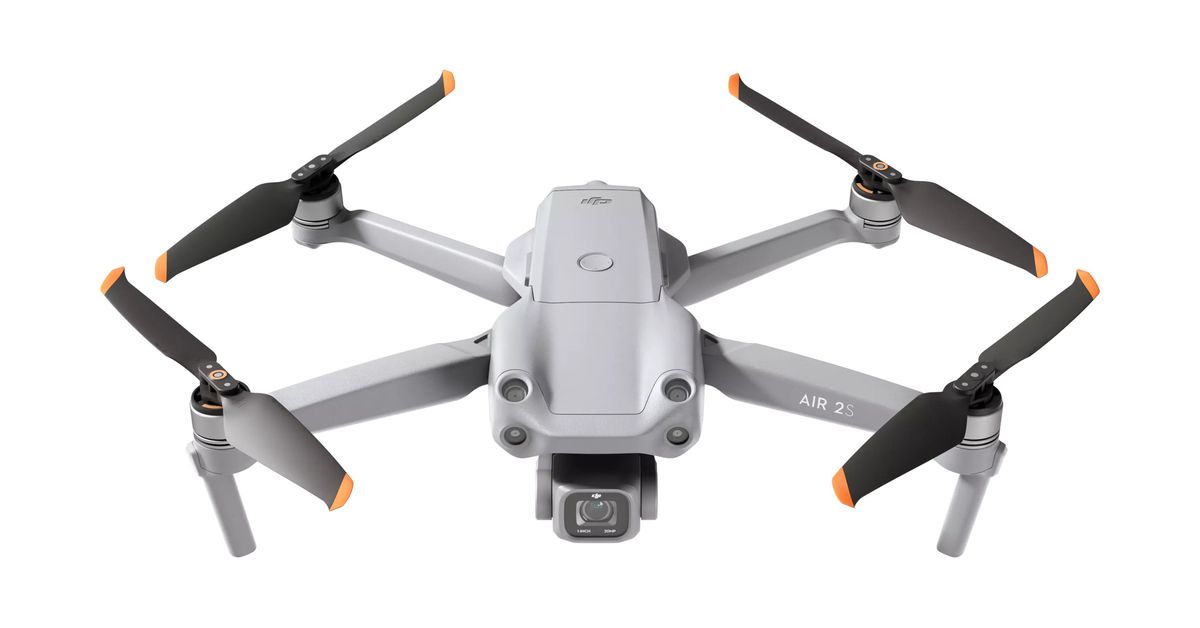 DJI’s unannounced Air 2S drone has leaked in a series of photos posted by TechnikNews and WinFutureRoland Quandt. The photos come after the drone was listed in an FCC archive last month, suggesting that a launch may not be far off. DJI Air 2S is expected to be an upgraded version of last year’s Mavic Air 2, with improved camera and compatibility with new DJI accessories such as V2 Goggles and Motion Controller.

Let’s start with the camera sensor. The new renderings, in addition to a teaser trailer that was shared earlier in the week by the reliable OsitaLV leak, show a drone with a 1

-inch 20-megapixel sensor. Although there is a lower resolution than the 48 megapixel 1/2-inch sensor found in the Mavic Air 2, the larger physical size should have major performance benefits, especially in low light. The sensor has similar specifications as we saw in the Mavic 2 Pro, which offered excellent image quality.

If reports from DroneDJ are accurate, the Air 2S will also work with DJI’s new V2 goggles and motion controls, which were released alongside its FPV drone last month. Compatibility with the goggles will allow the drone to be piloted from a first-person perspective, in addition to the usual flight using the app. The Air 2S is not expected to be capable of the kind of acrobatic flight you can get out of the DJI FPV, but the goggles should provide a more immersive flying experience for those who want it.

Other minor changes include the loss of the “Mavic” brand in the name, and an upgrade to version 4 of DJI’s ActiveTrack standard, TechnikNews notes, which should make it better to track motifs during filming. There is also support for DJI’s newer OcuSync 3.0 standard with lower latency. Although the battery has the same capacity of 3,500 mAh, the Air 2S seems to be a little heavier than the Mavic Air 2 with 30 grams.