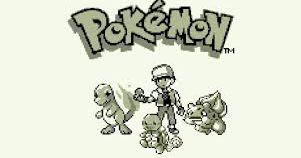 There are literally hundreds of Pokémon, including some that we can not believe, got the green light. So it's always fun to see those who did not cut, especially from the early days of the series. A show on the Japanese TV channel NHK has recently released illustrations of several Pokémon, including those that have never appeared in the game.

Many of these original genres are recognizable, like Lapras and Blastoise. But these pieces of concept art also show that most classic Pokémon went through some rough draft as well. I mean, just look at how strange Scyther originally originally looked:

And these Pokémones are predecessors of Gengar and Nidorino who fight in opener Credits of Pokémon Red :

This is a much smaller collection of draft art and Pokémon designs than those that originated for prototypes of Gold and Silver earlier this year. But we are taking what we can get, because the story of Pokémon continues to fascinate us.

Update: OK, forgive my audit history. It was Nidorino in the opening of Red and Jigglypuff in Blue who took on Gengar.