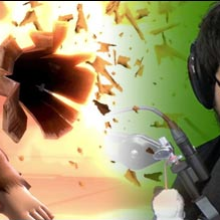 Top Smash Bros. players continue to share their thoughts about every facet of Super Smash Bros. Ultimate. As we near the one-month mark of the game's life, we are seeing more and more of the picture and better understanding how things work.

Tempo | ZeRo has been consistently creating content for Super Smash Bros. Ultimate since the game's initial release. In a recent video, the Super Smash Bros. 4 champion shared his thoughts on Diddy Kong in Smash Ultimate.

Though ZeRo played numerous characters in Super Smash Bros. 4, Diddy was known for being his best. As a result, its breakdown of the latest iteration of the character is detailed and extremely informative.

ZeRo starting with stating that Diddy Kong is not the same, powerful character he once was back in Super Smash Bros. 4. He goes on to say that he will probably not be using Diddy in Smash Ultimate in the future, and at best he might play the character very little.

The overall take on Diddy Kong is that his ability to dish out damage and to KO opponents is very low in Super Smash Bros. Ultimate. ZeRo points out specific nerfs, such as his banana being more punishable, the removal of his up throw to up air kill combo (at high percentages), and nerfed up B recovery.

We also have some of the buffs received, including a better up air (though still still struggles to KO), a dash that allows a combo after, and a neutral air that remains very strong. "Diddy Kong, a general, just feels very unrewarding to play," ZeRo explains. You can check out his full breakdown below.