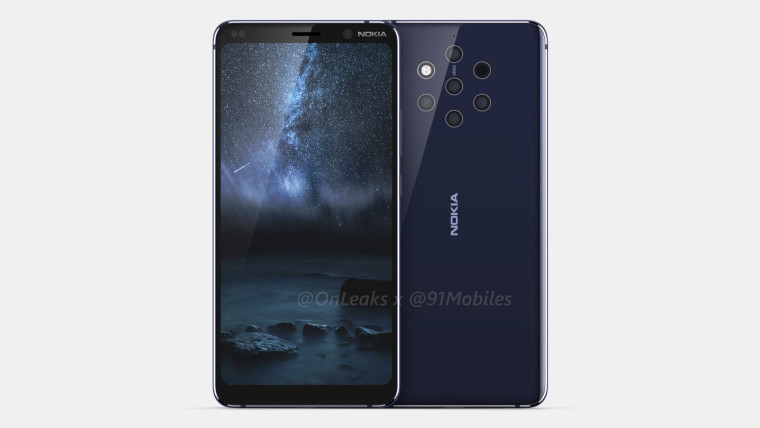 While 2018 joins the story, the last few months of the year gave us a series of views on what is supposed to be Nokia 9. The first of these appeared in early September soon followed by news that the handset would seem to be delayed. While static images formed these early leaks, a 360-degree video of the device later found its way online in November, while another image leaked in the last week along with the presumption that the device would be called "Nokia 9 PureView".

It now appears to have been verified by a promotional video along with many of the device's specifications that include (in order of appearance):

Further "According to the video, the back camera arrangement is capable of capturing five images simultaneously and ten times more light" compared to a regular smartphone color sensor. "HDR photography also comes standard with the ability to refocus images from Google Photos. While the optical properties are the focal point for Nokia 9 PureView, it cannot be a service by itself with Qualcomm's latest generation of flagship chipset.

Details of device launch and pricing are still not revealed, one we can find out more as CES 2019 unfolds next week.

Report an issue with the article