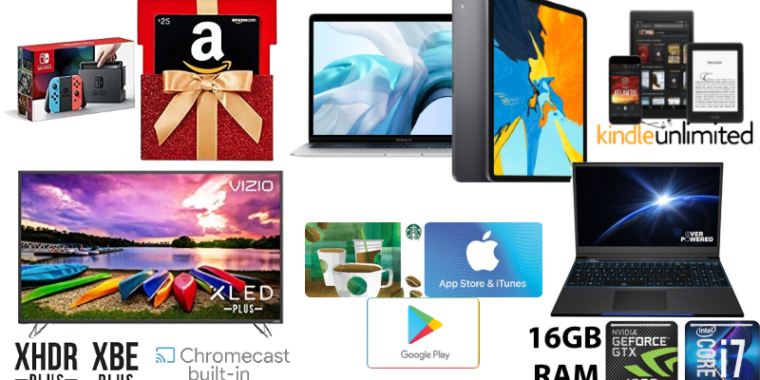 Greetings, Arsians! Greetings to our friends at TechBargains, we have another round offer to share. Today's list is the headline of a range of offers on Amazon devices, including the new Fire TV Stick 4K for $ 35. It's $ 15 off the regular price.

Not everyone needs a dedicated media streamer when smart TVs are the norm, but if you do, Fire TV Stick 4K is an excellent option for a device in this price range. It supports both HDR1

0 and Dolby Vision, the hardware is sufficiently fast, and the remote contains dedicated volume and power buttons, which are missing a lot from previous four TVs. The built-in Alexa commands are generally more robust than voice controls on similar devices, and the device comes with dual-band 802.11ac Wi-Fi (as opposed to competing Roku Premiere +, which is saddled with 802.11n wireless Wi-Fi and is not so reliable in rooms with crowded networks.]

The potential issue of all four TVs is Amazon's interface. It tends to prioritize Amazon-made services and is not as well-organized as Roku's OS. It also lacks dedicated support for Google Play apps. Roku's Streaming Stick + is still an excellent option for those who want a more neutral user interface, but if you want to pay as little as possible for a modern 4K HDR streamer , the Fire TV Stick 4K is a bargain when it's cheap.

If you do not need a new media streamer, we also have deals on Apple's latest 9.7-inch iPad, Roku TV, Nintendo Switch packages and much more . Look for yourself below.

Note: Ars Technica can earn compensation for sales from links on this post via affiliate programs.