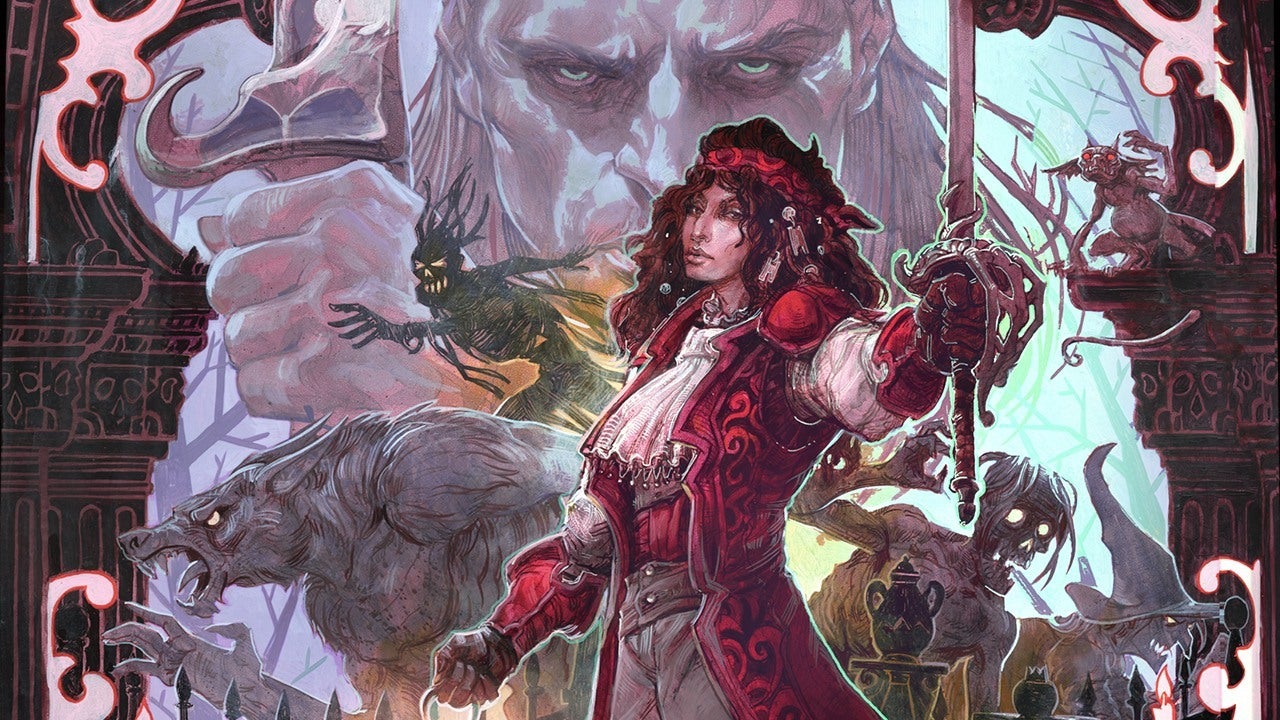 The Dungeons & Dragons team has announced a new source book with a horror theme, Van Richten’s guide to Ravenloft (see it on Amazon).

Van Richten’s Guide is set for a May 2021 release featuring work by authors such as Cassandra Khaw, Molly Ostertag and K. Tempest Bradford. It focuses on the various Domains of Dread – perhaps better known to some D&D veterans as the Demiplane of Dread – featured in previous editions of the game, from the Advanced Dungeons & Dragons Realm of Terror to the hugely popular 2016 Fifth Edition adventure Curse of Strahd.

The guide will not only be Curse of Strahd 1.5, but you can check out last year’s ReVamped edition for it – VRGtR will provide opportunities for a number of awful experiences and settings. “We understand that Curse of Strahd came out many years ago,” says Wes Schneider, senior D&D designer and leader of Van Richten’s guide. “It has been very popular, many people have already played it. So we wanted to make sure that if you played Curse of Strahd or any other fairy tale in Ravenloft, that Van Richten’s guide was not just like, ‘Oh, well, I did.’ “

Have you played Dungeons & Dragons?

From classic monsters like werewolves and mummies to adaptations of Eastern folk tales or fantastic more modern horror themes, Van Richten’s guide will cover a wide range of terrorist tropes to cast on your adventurers. “Demiplan of Fear”, as it was known, contains a series of isolated kingdoms – or “domains” – each ruled by a Darklord, a kind of “lead” monster or character based on the special horror theme that forms the basis of each domain. Consider it a more frightening version of the different parts of Disney World – but instead of Tomorrowland or Galaxy’s Edge, you’re trapped in Frankenstein World or on Werewolf Island.

“Just like how the original Ravenloft adventure then spread throughout an entire campaign in the ’90s, we do pretty much the same thing,” Schneider said. “We start with the core of Curse of Strahd and expand from there to other Domain Domains and beyond just Gothic horror. We will also see cosmic horror, ghost stories, dark fantasies, psychological horror – all these different things, depending on what your favorite taste of nightmares may be. ”

Of course, this is not just a reprint of AD&D worlds with 5e mechanics. While many domains have been updated, some have been completely imagined to stretch the Ravenloft domains outside the realm of “classical Gothic horror”. The Falkovnia domain, for example, was another domain with a vampire Darklord – a need already met by Barovia’s Strahd Von Zarovich – so Scheinder and his team swung the empire to focus on a more modern horror theme: the zombie apocalypse.

“Ravenloft had never had it before, just because it’s not really a gothic horror trope,” says Schneider. “Now we have this whole domain that is constantly crumbling under the weight of these endless zombie invasions. And the new Darklord, Vladeska Drakov, is this awful character, but is also the domain’s last hope to survive against this even more overwhelming supernatural catastrophe. ”

He says finding the right intersection between both new and old horror themes and the D&D experience has been a big part of the book’s design process. “If you look at Zombie in the Monster Manual, even a first-class game will be like, ‘Oh, zombie … hey,'” he says with an air of false boredom. “But what happens when there are more zombies than there are fireballs? And how does it affect an entire society, and how does it affect the characters? “

“The book addresses much of the idea that any horror story over any piece of media is – whether it’s a movie, or it’s a book, or it’s an RPG on the tabletop – in general, at its core, a story about a haunt, “says Amanda Hamon, another senior designer at D&D and one of the authors of Van Richten’s Guide. “What scares the character? What happened to the character? What are the characters’ hangups, and the bad things that have happened to them? And [how] to bring them forward in the story? ”

Concept art of a ‘Dark Gift’, by Paul Scott Canavan.

To help players lean into the horror atmosphere, the guide will also introduce new character options, including a set of new lines – build the options introduced in Tasha’s Cauldron of Everything – as well as two new subclasses. The lines, which players can recognize from the recently published Unearthed Arcana, include Dhampir, Hexblood and Reborn, which contain features born of vampires, gardens or undead creatures, respectively.

The subclasses included in VRGtR are the College of Spirits Bard, which can contact other world spirits through game sets and ornaments as a medium, and the Undead Patron Warlock, which gives characters power beyond the grave. Also included is a collection of new Dark Gifts, similar to those found in Curse of Strahd, which can provide horror-themed bonuses and / or role-playing game options to players and their characters.

“One of the things that sets a horror game apart from just a regular RPG high-fantasy game,” Hamon, “is the really intense role-playing game in the atmospheric environment you play in. And I’m just really excited about it. [the Dark Gifts are] able to embed some of these mechanical ways to support it so that it does not just describe one thing or kind of being superficial. It feels really embedded in the game, and I feel that it is also an important part of this book. “

Van Richten’s guide to Ravenloft will be published on May 18, 2021. It will include cover art by Anna Podedworna, with an alternate cover by Scott M. Fischer available at local game stores. For more D&D on IGN, check out our guide to playing Dungeons & Dragons online or check out the unboxing of the latest platinum edition Beadle & Grimm with Mattew Lillard himself!

JR is a senior editor at IGN and is very much looking forward to bringing his players to Frankenstein World. Give him naughty puzzle ideas on Twitter.