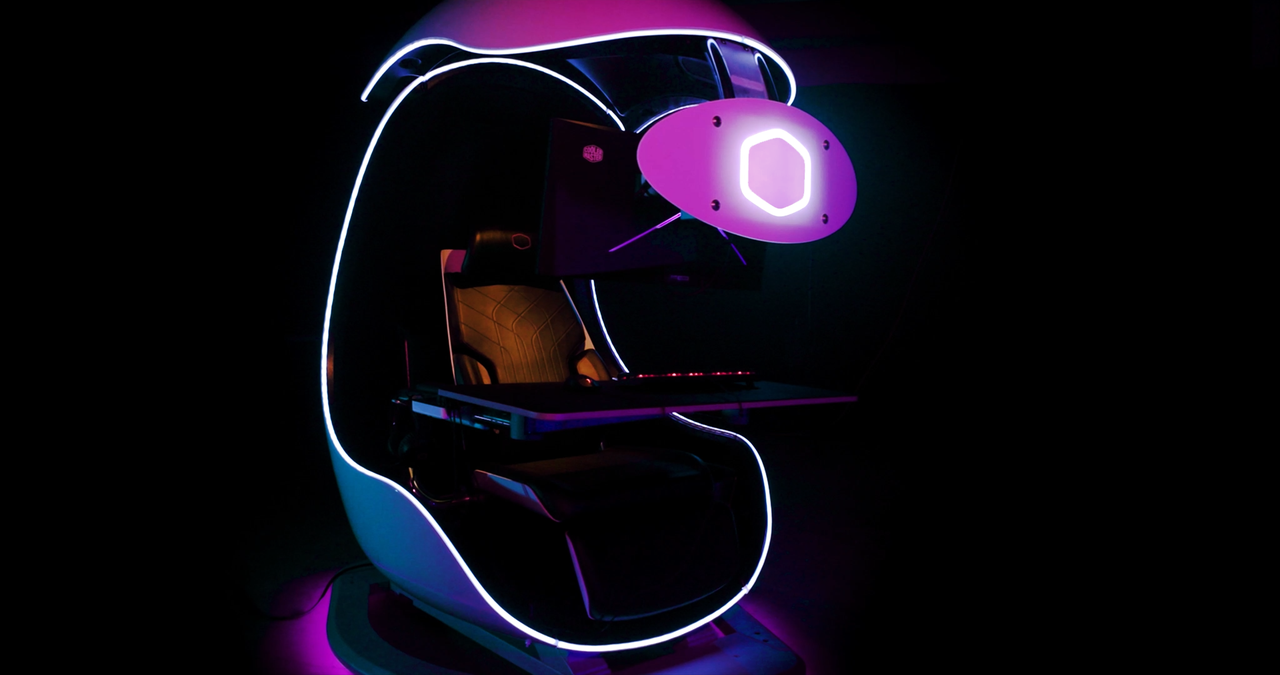 When it comes to gaming chairs, there are many brands and designs to choose from. But if you ever wondered what it would be like to have a product that is equal parts gaming chair and workstation, Cooler Master has just announced a product that does both.

Cooler Master’s CM IMX GamePod is an egg-shaped semi-enclosed all-in-one workstation, which lets you stick inside and play your favorite games. It has RGB lighting, an ergonomic recliner with adjustable head and footrest and 2.1 surround sound.

The GamePod can hold a screen as large as 49 inches, or if you prefer a multiple screen layout, the pod can support three 27-inch screens. If you’re wondering where to connect your PC or game console, there’s a hidden compartment behind the GamePod with a built-in slide.

This is not the first time we see any of this character. Razer showcased an immersive deck chair concept called Project Brooklyn at this year’s CES. Acer has a similar product called Thronos Air, a $ 14,000 product that can also massage your back while you play.

While no fixed release date has been announced, a spokesman for Cooler Master Tom’s hardware said the GamePod is scheduled to launch in the US sometime in December at a price that “is likely to fall between” $ 12,000 to $ 14,000.