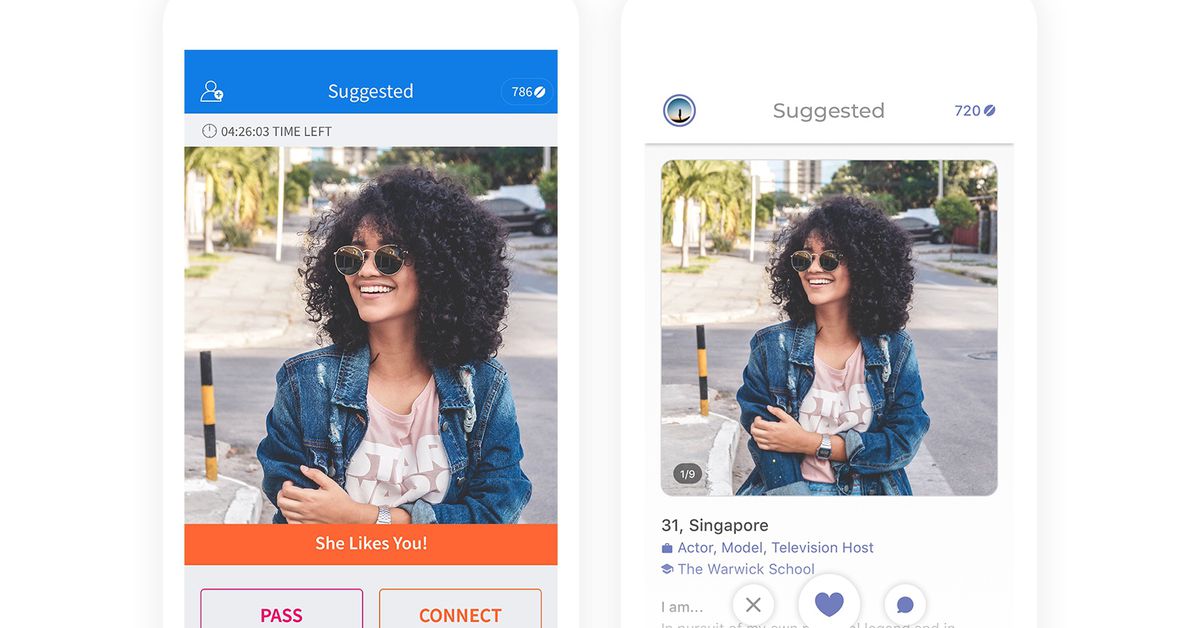 Coffee Meets Bagel, a dating app that's raised roughly $ 20 million from outside investors, is completely overhauling its mobile app for the first time to introduce a fresher look and the option for users to comment on specific parts of a profile, like a photo or bio.

The app now looks a lot more like Hinge or Facebook's new dating feature, with its white space and minimal features. The company's co-CEO and co-founder Dawoon Kang tells The Verge that the company is trying to clean up clutter and focus on users. Den tidligere designen, hun siger, kom i vejen for brugerne at finde mulige kampe. It definitely looked dated to me, and this new design is much nicer and easier to navigate.

The only feature that has been removed is something called give, which allowed users to give a bagel to another user, which basically means they could send a potential match to a friend. In return, they got an extra possible match. The company is adding the ability for users to comment on someone's profile, as opposed to just liking it. Hinge and Facebook both allow users to comment on specific things, while Tinder requires people to match before they chat at all.

Kang says the company found in testing of the feature that users appreciated being able to stand out from other potential matches through a comment. Members who sent comments to potential matches during beta testing had a 25 percent higher chance of getting liked back, the company says. This redesign and the commenting feature are what's trending in dating apps now, so I'm not surprised to see the company adjust accordingly.