Clubhouse discourse is not included. Which disturbs some journalists. 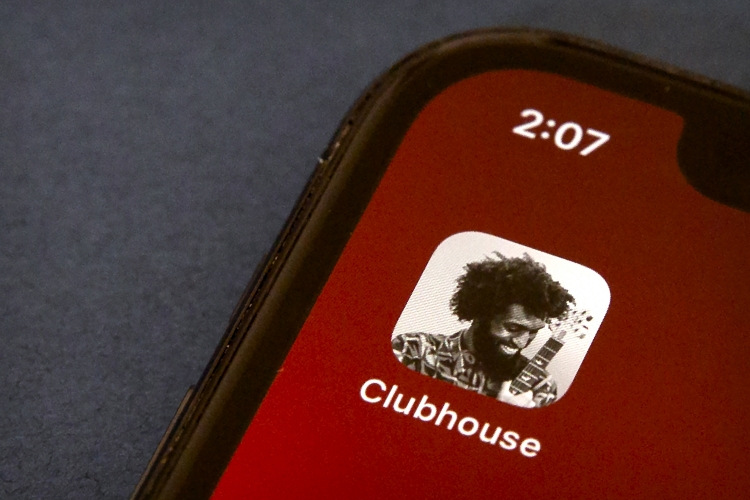 Since its introduction last year, the only social media app Clubhouse has garnered a lot of buzz. Social media has been around long enough for everything old to be new again, and unlike other apps that encourage users to share links or fragmented thoughts in exchange for “likes”, Clubhouse facilitates voice calls using your phone. Essentially, you can choose a topic and host your own panel discussion with friends. If you are lucky, you can join a conversation and share your thoughts with those like Elon Musk or any number of the site’s famous and influential users.

However, I regret to inform you that a growing number of journalists are deeply concerned about Clubhouse’s growing popularity. Why? Looks like the clubhouse will not accommodate their inner Big Brother.

IN GritDaily, an online publication that counts as “the best news source on the Millennial and Gen Z brands ̵

1; from fashion, technology, influencers, entrepreneurship and life”, staff author Olivia Smith aimed for the new app at the end of the January story. Her primary complaint was that she heard “a disturbing amount of informal sexism.” Readers have to speak for it, though, which was the point of her critique – and the point, in some ways, of the app itself.

Smith also claimed that in a conversation she overheard, a moderator actively “spread misinformation” about the COVID vaccine, and a female African doctor who protested was “bullied” to leave the conversation.

This article requested a follow-up on the website of the Poynter Institute – the journalism foundation that launched PolitiFact – from a prominent Poynter editor. On February 11, the headline “A Fact-Checker Lands on Clubhouse”, Poynter’s Cristina Tardáguila was quoted as endorsing Olivia Smith’s concerns about the lack of a written record at the Clubhouse, adding one of her own. “The lack of these features will surely create barriers for fact checkers. Not only will it be difficult to choose which club to attend, but Clubhouse also requires fact checkers to listen to hours and hours of conversations before choosing which requirements to consider. ”

For those who are old enough to remember when unregistered conversations about culture and politics were normal, let alone prefer to the social media hell we have today, this attitude is jarring. Increasingly, social media consists of the “road to accountability” of having random people fired from their jobs and mocking national objects for a single unpleasant or misinterpreted remark that may not be representative of a lifetime of behavior. Those who follow this path towards social justice seem to be unaware of the most relaxing aspect of their behavior: They are unconsciously imitating the behavior of tyrants and totalitarian regimes everywhere. Or sometimes you do it consciously: Here is the kicker of Cristina Tardáguila Poynter piece: “With countless other platforms that fact checkers are forced to contend with, would it be best for them to ignore the clubhouse for now? … After a rare moment of cross-border dialogue between mainland China users and others outside the country, Chinese sensors moved in. If Xi Jinping’s administration does not ignore the clubhouse, why check facts? Why should you? “

Earlier this month, Lorenz jumped on Twitter and accused the legendary venture capitalist Marc Andreessen of using the word “retarded” at the Clubhouse in a derogatory manner, lamenting that “no other person called him that.” As it turned out, Andreessen was not the speaker who used the word, and it was not used as a “slur”, as Lorenz claimed. It arose with reference to a name that the online community “Wall Street Bets” (recently in the news to mess up the stock market) had given itself.

Once upon a time, such an irresponsible accusation would serve a reporter time in the penalty area. Instead, Lorenz was given the chance to co-author a Times piece that is highly critical of the app, noting that it “grabs harassment, misinformation and privacy issues.” All this may be true – but how does it make the clubhouse different from, for example, Facebook or Twitter, which both journalists like to use every day?

And it was journalists who led the accusation of having the right-wing social media app Parler depleted after the American Capitol uprising last month, although the subsequent indictment documents and other evidence show that most of the planning for the uprising was done on Facebook. . Perhaps one reason why there has been no serious movement to de-platform Facebook is that Mark Zuckerberg’s behemoth provides large revenues to the publications that pay the salaries of our eternally censored journalists. There are such conflicts of interest that journalists in a more favorable economic environment once felt free to explore.

Instead, it seems that Clubhouse’s real problem is that it allows people to have actual conversations. New York Times’ official Twitter account announced Lorenz’s story by noting that “unlimited conversations take place at Clubhouse, an invitation-only app that lets people gather in chat rooms … despite worrying about harassment, misinformation and privacy.” While the Times probably did not use “unhindered” literally – after seeing journalists praise Xi Jinping’s approach to free speech, it’s hard to say – it’s revealing to note that ribbons are chains used to prevent people from escaping.

If the medium is the message, the clubhouse is at least trying to exploit a certain degree of humanity by encouraging the actual person-to-person dialogue. It should not be assumed to be threatening. Yes, it is true that spontaneous, unmodified human interaction can have bad results – but in the same way, meaningful conversations are also powerful enough to change your mind and touch hearts. Good luck with that with the Twitter limit of 280 characters.

Instead of running around trying to eradicate mistakes – think like a bunch of Orwellian truffle pigs, have journalists in places like Poynter and The New York Times considered how they can use their own platforms to bring people together? To promote real engagement in a deeply politicized and polarized country where we could all stand up to do more to see the humanity of those we disagree with?

In the end, it’s easier to build consensus around truthful and unifying messages than to knock down every edge vote that may be wrong. The standard message that unsupervised conversation among sensible people is a threat will only lead those who spread actually harmful ideas to dark, encrypted corners of the Internet.

It is best to be skeptical of social media and all its forms, but for now, what is happening at the still beginning clubhouse removes a low bar by being more promising than other social media platforms. Elon Musk recently asked Vladimir Putin to have a conversation with him at the clubhouse, and the Kremlin says the request is being considered. There is always a chance that such a conversation will end badly, but if you are worried about hostility on social media, it is more likely that World War III will be started on Twitter and planned on Facebook.