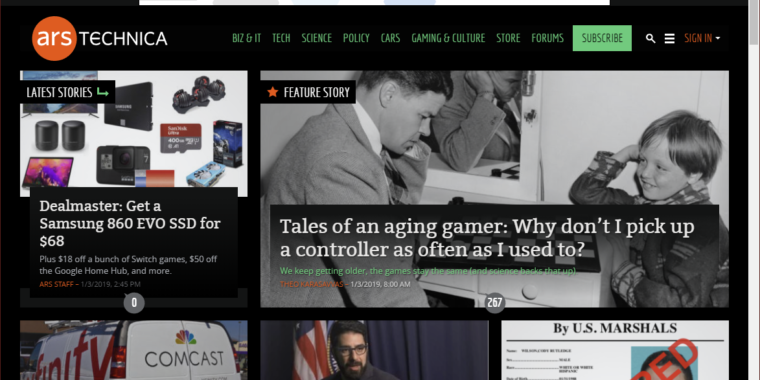 Chrome 73 is going to include support for macOS 10.14's dark mode, with an alternative color scheme for its user interface that cuts the brightness. It is now clear that a Windows version of the same is in development, although it seems to trail the MacOS version.

A bug report was spotted at Techdows, and preliminary work has been started to bring Windows its dark mode. Unlike its macOS counterpart, which should track the operating system mode, the Windows dark mode currently has to be forcibly turned on with a command-line switch. Adding "̵

1;force-dark-mode" to the command line of current builds of Chrome 73 makes everything dark.

The macOS work has top priority (P1). The Windows work is only P2 (originally P3), surprisingly suggesting that it is less important, enough though Chrome has more Windows 10 users than it does macOS users. Development of the Windows theme was at least, for a time, hindered by one of the developers not having a Windows laptop to use.

Chrome already has a dark-ish theme for incognito windows; these set the tabs, address bar, and related areas to be dark gray so that they are immediately distinguishable from regular, non-incognito windows. However, incognito only changes the main window chrome. Other parts of the interface, such as menus, are left in their usual light colors. Dark mode builds on the incognito theme to change menus and other parts of the interface dark, too.

Currently, the theme is clearly very unfinished; it's rife with black text on dark gray backgrounds, for example. But once it's complete, it should provide a pleasant option for nighttime browsing. All we need is a way for websites to automatically detect the mode, too, so they can also save our eyes from open expanses or bright white.