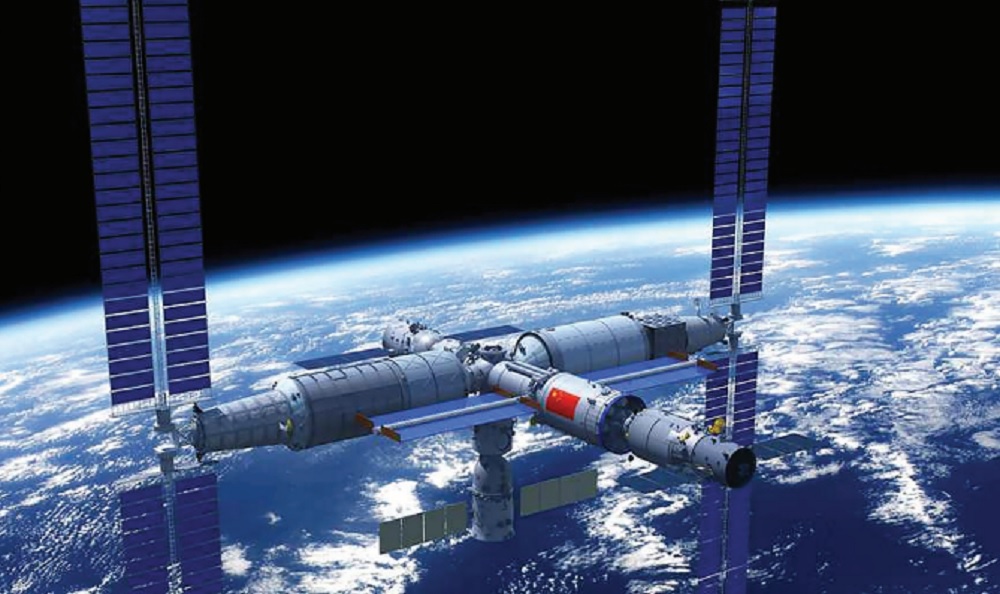 WASHINGTON – Companies involved in commercial activities on the International Space Station or planning their own space stations may face a new competitor in China’s new space station.

During a presentation at the ISS Research and Development Conference on August 4, Jeff Manber, CEO of Nanoracks, said that his company has already lost business with China and its space station.

“I lost a customer, my first customer that I lost to go to the Chinese space station,” he said. “We’re in a competition now.”

He did not identify the customer or what they had planned to do. Nanoracks has several business areas on the ISS today, from host trials and external payloads to the use of the station as a platform for launching small satellites.

Chinese officials have said they are open to cooperating with other countries on the use of the station. Ji Qiming, assistant director of the China Manned Space Agency, told China Daily in June that it had selected nine scientific projects from 1

Manber said it was a reminder of the need for US leadership to attract international users of the ISS. “There should be no doubt that these are important ways to retain not only the soft leadership, American leadership, but how we learn and how capital flows,” he said. “If we do not, we will open the door for others to come in and take the lead.”

Nanoracks is a major commercial user of the ISS, but is also looking forward to the final transition to commercial platforms. The company announced on August 2 that it had hired a former NASA official, Marshall Smith, as its new senior vice president of commercial space stations, leading projects in efforts to convert the upper stages of launch vehicles into commercial platforms.

“We are doubling down on the International Space Station, but at the same time we are starting to look at a new era of commercial space stations,” he said. “We need to start planning what happens when the ISS begins to retreat at the end of this decade.”

This “doubling” on the ISS includes Bishop, a commercial airlock module that Nanoracks developed and installed at the station last December, allowing the company to launch more satellites and install external payloads. However, he warned that NASA may focus too much on new hardware as it tries to support commercialization work.

“NASA has not encountered new hardware that it does not like,” he said. “Everyone is fascinated by the hardware, and they are not focused on the demand side.” This approach, he said, could reduce the use of existing hardware and thus their financial returns for companies and their investors. “If investors do not see good returns, they are not as interested in promoting other ideas on the demand side.”

Eventually, Manber said he expects the ISS to be replaced by more commercial platforms, optimized for specific applications ranging from tourism to research. These facilities will be designed from the beginning for commercial use, which is not the case with the ISS today.

“The ISS was a political station as well as a technical marvel, but the rules and regulations that must be in place limit the market for what you can do,” he said. “I think there will be market niches that allow you to specialize and encourage transportation and development in aerospace.”