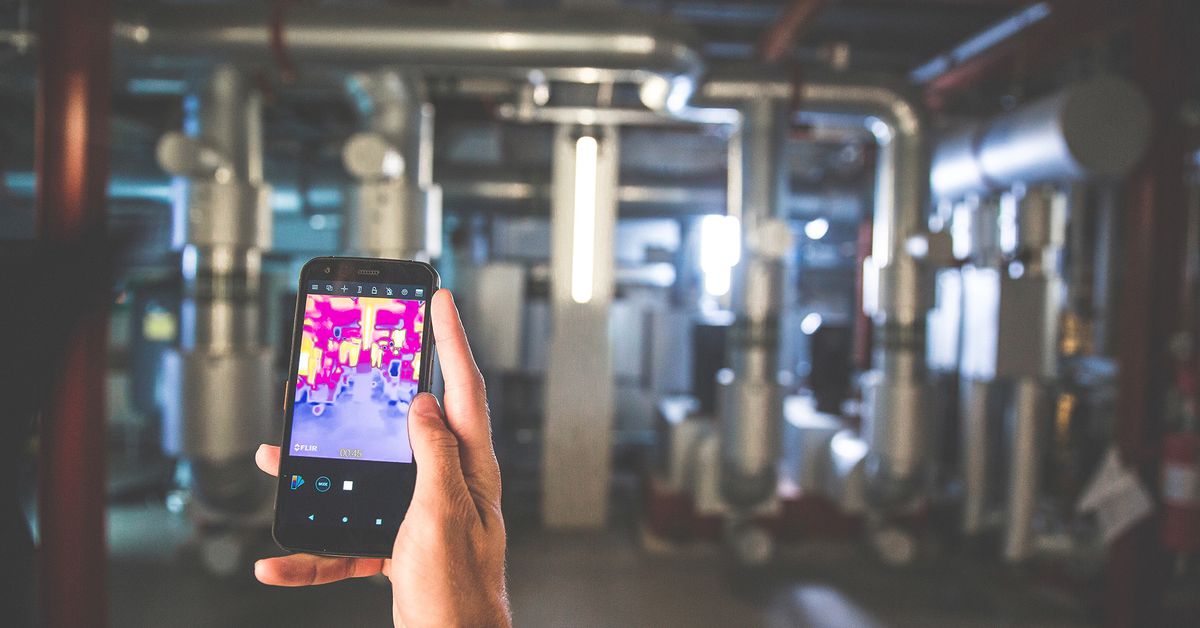 The Cat S62 Pro – and it’s Cat as in Caterpillar, the construction company – is now available in the US. The rugged smartphone is the latest device to have the Cat brand (it is technically a product from licensee Bullitt Group) and builds on its predecessors’ integrated thermal camera features. It is designed with construction and industrial workers in mind, and at $ 699 it is a more attractively priced follow-up to the 2018 S61, which debuted in the US at $ 899.

Introduced last summer for sale in the UK, the S62 Pro has solid (if not super competitive) phone specifications, which is not guaranteed in the rugged phone class. You get a 5.7-inch 1

080p screen, a Snapdragon 660 processor with 6 GB of RAM, 128 GB of storage and a 4000 mAh battery. But unlike regular mid-range devices launched now, you do not get 5G connectivity or Android 11 pre-installed; it comes with Android 10 and Cat says it will give an update to 11. While the S62 Pro is significantly cheaper than its predecessor, it no longer offers sensors for air quality and distance measurement, and uses a slightly smaller battery (compared to 4500 mAh).

These are the boring things. The exciting pieces that the S62 Pro has to offer include the highlight feature: a built-in Flir camera with four times as many thermal pixels as its predecessor. The phone offers new modes that allow users to adjust and blend deliberately information from the standard 12-megapixel camera, giving more context to the thermal image. It is also an option to set an alarm that will alert you when a certain temperature level is detected.

In terms of robust credentials, the S62 Pro is rated at IP68 and IP69: the first indicates that it is safe to immerse in 1.5 meters of water for up to 30 minutes, the second that it can withstand high pressure spray. The company says that it has been tested against even tougher conditions than this, but is guaranteed for the level of the official IP classifications.

It can withstand drops of up to six meters on a steel surface, and the Gorilla Glass 6 screen is reinforced by an additional factory-fitted screen protector. The S62 Pro also meets the requirements of the MIL-STD-810 military standard, including vibration and thermal shock resistance.

The S62 Pro is not currently available through any of the major US carriers, but is offered unlocked directly from Cat phones and third parties, including Amazon and Home Depot.