Casio reveals the Pro Trek WSD-F30, a robust smartwatch that lasts up to 30 days at a cost 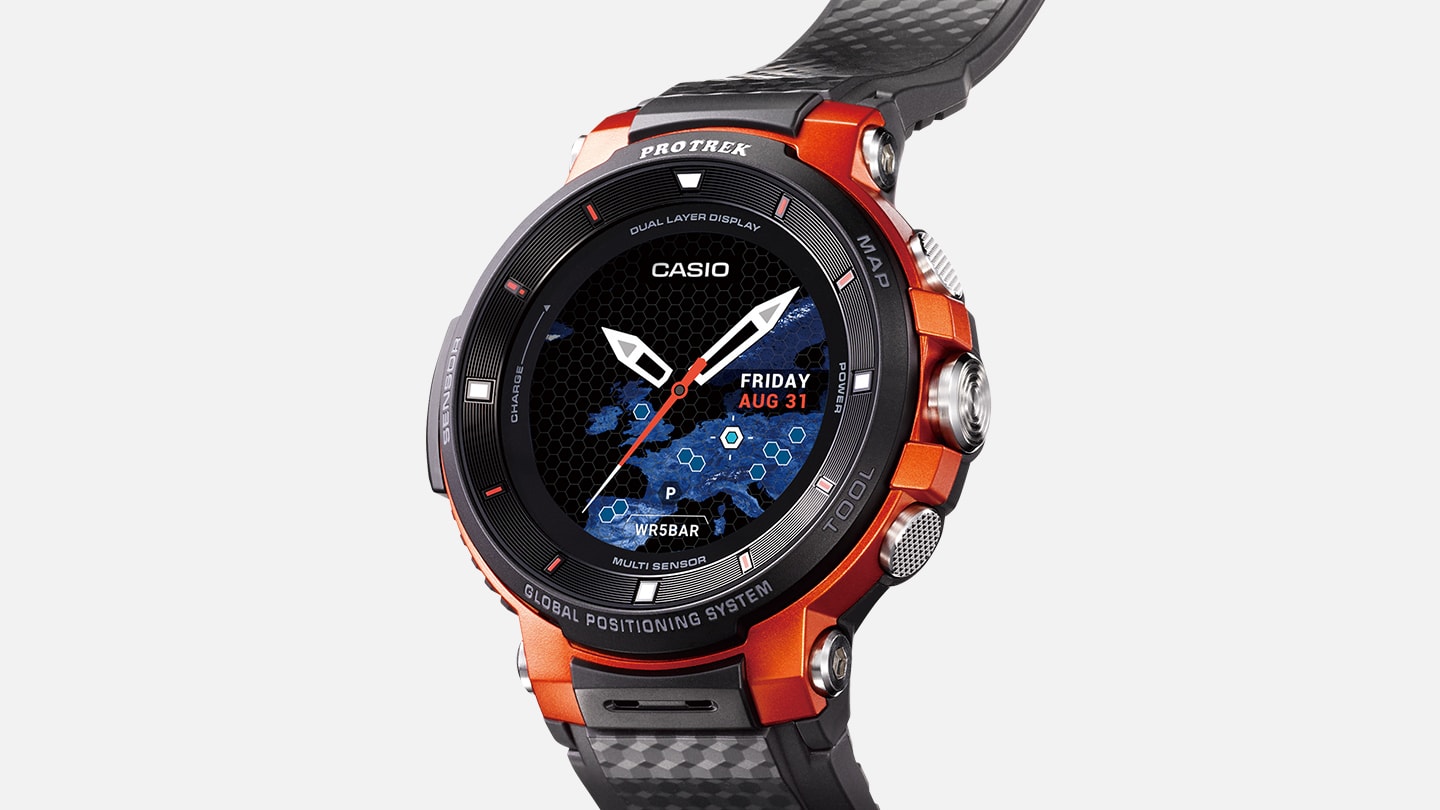 At IFA 2018 in Berlin, Casio today announced the Pro Trek WSD-F30, the latest player in its Pro Trek Smart series. It follows on the heels of the Smart Outdoor Watch WSD-F10, launched in 2016, and the WSD-F20, which debuted last year. And while it has a lot in common with its predecessors aesthetically, there are sporting remarkable improvements under the hood.

It's robust, says Casio – that is, MIL-STD-810 certified and waterproof up to 50 meters. Compared with the F20, it is 3.9mm narrower and 0.4mm thinner (the case measures 60.5 × 53.8 × 14.9 mm) and it's a new 1.2-inch, 390 x 390 pixel color OLED display with a secondary monochrome display mode showing atmospheric, height and compass storage. Last but not least, an improved time is more flexible than the band on the outgoing model.

On other internal pages, you will find Bluetooth 4.1

Low Energy and Wi-Fi onboard, plus wireless charging and a variety of sensors, including GPS, barometer, accelerometer, a gyrometer, a compass and a sensor.

For the battery, the company claims that it can last up to a month at a load with nothing but the monochrome screen is enabled (Casio calls this Multi Timepiece mode.) Baseline numbers are not bad, though – Casio estimates the life of the color monitors on "one and a half days".

On the software, the WSD-F30 runs the latest version of the Google Wear OS operating system and boasts an offline mapping feature that lets you download a geographic area and track your real-time location. Expansion mode, a feature that is exclusive to the F30, displays a monochrome display and transfers the color chart when you click one of the physical buttons.

One-tap is ViewRanger, a path for mapping with millions of users. There is also Hole19, a golf app that estimates the distance to each hole, and Glassy, ​​a social app for tracking performance in water sports. Other examples include MySwimPro, Fishbrain, Equilab, Training and Zombies, Run!

The WSD-F30 comes in orange, blue and black when shipped from January 2019. Casio has not announced prices yet.

The WSD-F30 is launched as the global wearables market offers significant momentum. In March, IDC reported that worldwide shipments of smartwatches and activity trackers grew 7.7 percent in Q4 2017 and 10 percent in 2017. Shipments totaled 115.4 million units.

Apple was the clear winner last year – it claimed number one spot for both the fourth quarter and the year. Time will tell if Casio can challenge the Cupertino company's dominance – or at least cut a niche somewhere underneath it on the two-piston.