Capital Wasteland 'Mod Is Back In Development Following Cancellation 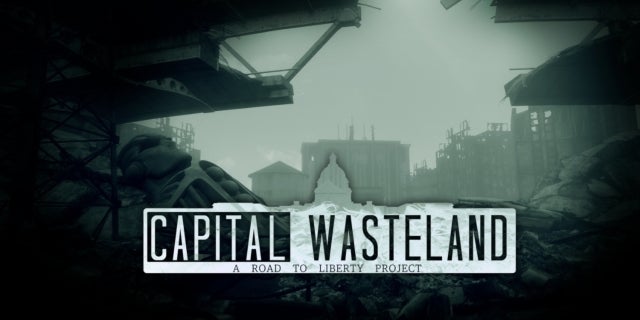 We've talked about Capital Wasteland before, and how could we not? The project of bringing Fallout 3 to life once more using Fallout 4's creation engine is an incredible feat that continues to make amazing progress. The team at Road to Liberty has done a phenomenal job giving interested players updates on the project's progress, though it was promptly canceled back in March of 2018 due to legal reasons with Bethesda. The good news? It's back!

Bethesda is known for being pretty laid back when it comes to modders, with even VP Pete Hines backing up the Fallout: New California project released under the same name. That being said, these leaders have certain guidelines that they need to stay within and that was the critical mistake for the Capital Wasteland crew. Luckily, they updated their website with a very positive message to ring in the new year:

"We had a great Christmas and New Year and we are happy to welcome you back to the Capital Wasteland. Back in March or last year we communicated with Bethesda regarding our planned method to implement the voice acting and other audio from Fallout 3 into the Capital Wasteland. As you might be aware, we were informed that our planned approach would raise some serious red flags and so after a few discussions amongst our team we decided it would be best to put the project on hold, "read their open letter to fans.

" For myself after working for hundreds of hours on this project and then having to stop really made me depressed. Something I had an extreme passion for was not there anymore .. So after taking a few months break, I slowly picked up the pieces and continued my work on the Capital Wasteland

"This didn't go unnoticed by members from our team and currently we have a handful of people (myself included) continuing work on recreation the Capital Wasteland. But we are taking things a bit differently this time. With the help of our voice acting lead Unoctium we are working towards voicing the lines from Fallout 3. "

We're excited to see this team back in action and can't wait to see Fallout project goodness Fallout to see which projects you need to be following. Thoughts on all of the different takes on Bethesda's beloved franchise? Join in on the conversation in the comment section below or hit me up on on Twitter @ 1