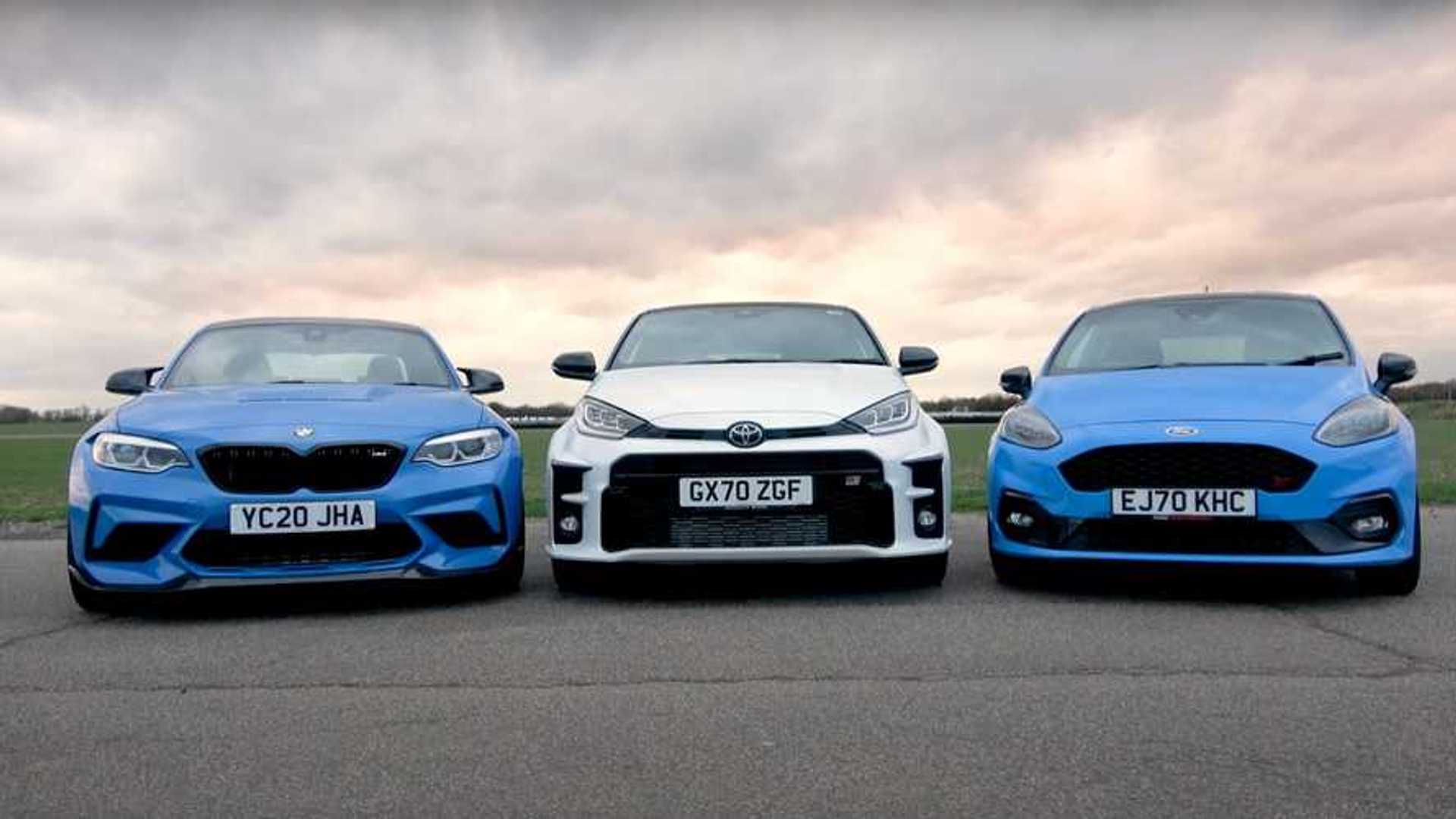 Now I think we have already established that the Toyota GR Yaris is a fast little machine. We have seen the rally-derived hot-hatch smoke several other high-quality nameplates in drag races, especially against the Honda Civic Type R on both wet and dry surfaces.

But how does the little hatch perform on a racetrack? More importantly, how does it compare to other low-performance machines when driven hard around corners in a time-consuming manner?

To test this, With Watson Cars (yes, Carwow‘s Mat Watson) uploaded a track battle between the three different, yet similar cars. It is the Toyota GR Yaris that shows its pedigree against the Ford Fiesta ST and BMW M2 CS. It’s America vs. Japan vs. Germany for this 11-minute video, and that’s enough to give you an idea of ​​how the little three-banger Toyota ranks in terms of track.

But before you watch the video, let’s put down the number here for a comparison of black and white. The GR Yaris is powered by a 1.6-liter three-pot engine that produces 257 horsepower (192 kilowatts) and 266 pounds-feet (360 Newton-meters) of torque, and pulls a whopping 2,822 pounds (1,280 kilograms). These numbers are sent to all four wheels via a 6-speed manual transmission.

Germany’s competitor, the BMW M2 CS, is the most powerful of the gang with its 3.0-liter turbine that grinds out 444 hp (331 kW) and 550 Nm of torque, sent to the rear wheels through a 7-speed dual-clutch gearbox. It is significantly the heaviest, though, tipping scales beyond 3500 pounds.

You’ve seen the numbers, now watch them fight against it on the field. Let us know your thoughts in the comments section below.