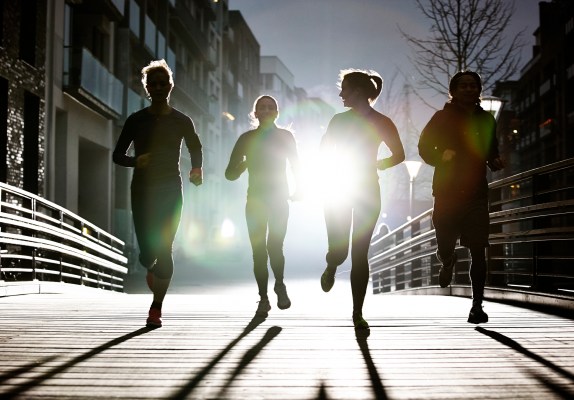 Cadoo, an American startup that plays fitness by turning it into a gaming opportunity, and uses the opportunity to win (or lose) cold hard cash to motivate people to get off the couch, has raised $ 1.5 million in seed funds from Sam & Max Altman’s Apollo VC and the student-focused Dorm Room Fund.

The app itself has been around since 2018, but in March 2020 it launched a “challenge model” that allows users to play money to join a challenge related to a specific training goal – be it running 10 miles in 10 days, or walking three miles in three days.

A number of training levels are addressed by Cadoo’s challenges (“from daily steps to marathon training”), with around 50 public challenges hosted each week.

It also adds private challenges this month – which will allow users to host and configure training challenges for themselves / family and friends, or larger groups, such as companies, clubs or schools.

Challenge-related activity is confirmed by the app via API data from activity trackers and training apps. (Which hopefully means that Cadoo is smart enough to detect if someone has attached Fitbit to their dog …)

The app supports a number of third-party training services, including Strava, Fitbit and Apple Health.

CEO and founder Colm Hayden describes the startup as “DraftKings for your own fitness goals”.

“Our audience consists of 25-50 year old training fanatics who use Gift to be committed to their monthly / weekly training goals, ” he told TechCrunch and added: “When people are serious about a goal they are trying to achieve, they want intense motivation to support their ambitions.”

He says that the app has so far attracted around 7,000 effort-loving users.

Cadoo’s business model is based on taking a fee from the challenge losers before the entry fees are awarded to challenge winners – which potentially gives the company an incentive to pose tougher challenges than users are able to complete.

But it is of course up to the users to choose which challenges to go into and thus commit their hard earned money to.

It is also claimed that 90% of users who sign up for Cadoo Challenges complete them.

Hayden says it has future plans to expand the revenue-generating potential through supplying winners fitness products – and take a margin on these Products. And also by extending to other types of verifiable goals, not just running / walking.

“We are working to build a motivational platform that allows everyone to achieve their goals,” he says. “Financial incentives are an intense motivator, and 90% of users who sign up for Cadoo challenges reach their training goals. We make Cadoo much bigger than just running goals, and in the future will stimulate almost any goal that can be verified on the internet. ”

While the app is US-based, payments are processed by PayPal and Hayden says it is able to support participation internationally – at least wherever PayPal is available.

Apollo VC’s Altman brothers commented on the seed raising in a statement: Cadoo makes it easy to motivate users to stay active with financial incentives. We believe that the motivational industry like Cadoo is groundbreaking will be an important issue for digital money. “

Before the seed round, Cadoo says that it had risen $ 350,000 via an angel round from Tim Parsas Cloud Money Ventures Angel Syndicate, Wintech Ventures and Daniel Gross’s Pioneer.

Of course, gamification of health is nothing new – given the data-driven quantification and goal-based motivation that has been going on around fitness for years, driven by wearables that make it trivially easy to track steps, distances, calories burned, etc.

But injecting money into the mix adds another competitive layer that can be helpful in motivating a particular type of person to stay or stay in shape.

Cadoo is also not the only training-focused startup that takes this thanks – with a number of apps that pay users to lose weight or otherwise be active (albeit sometimes less directly by paying them in digital currency that can be exchanged against ‘rewards’). Others in the room include such as HealthyWage (a TC50 company we covered all the way back in 2009!); Runtopia and StepBet, to name a few.