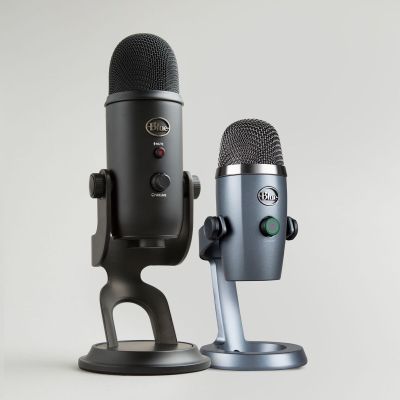 Blue is becoming part of the much larger Logitech. For now, however, the company will continue to focus on what's best: creating cheap USB microphones for beginners podcasters. This week, California company has just added another model on the line.

Yeti Nano shrinks the form factor of Blå's most popular line to something for more financially available. At $ 99, the new microphone breaks between Snowball ($ 49 / $ 69) and the new and even smaller Raspberry ($ 1

The price is probably correct on the new microphone. And the design language is great – it really looks like a scale model of Yeti. It's a headphone input so you can hear yourself in real time and a swingable tripod to place it as you see it. There are also buttons for switching between collection patterns, allowing you to switch between simple or omnidirectional modes, in situations where you go for more of a room tone.

Blue sent me a microphone to try out, and honestly I have to say I'm quite disappointed with the case. The sound quality is tinny and generally lacking, compared to other models I've used, including the less blue Raspberry. I would recommend going with the tried and true Snowball if you do not mind a larger model. If portability is the most important, Raspberry is a solid enough selection to stick in a backpack.