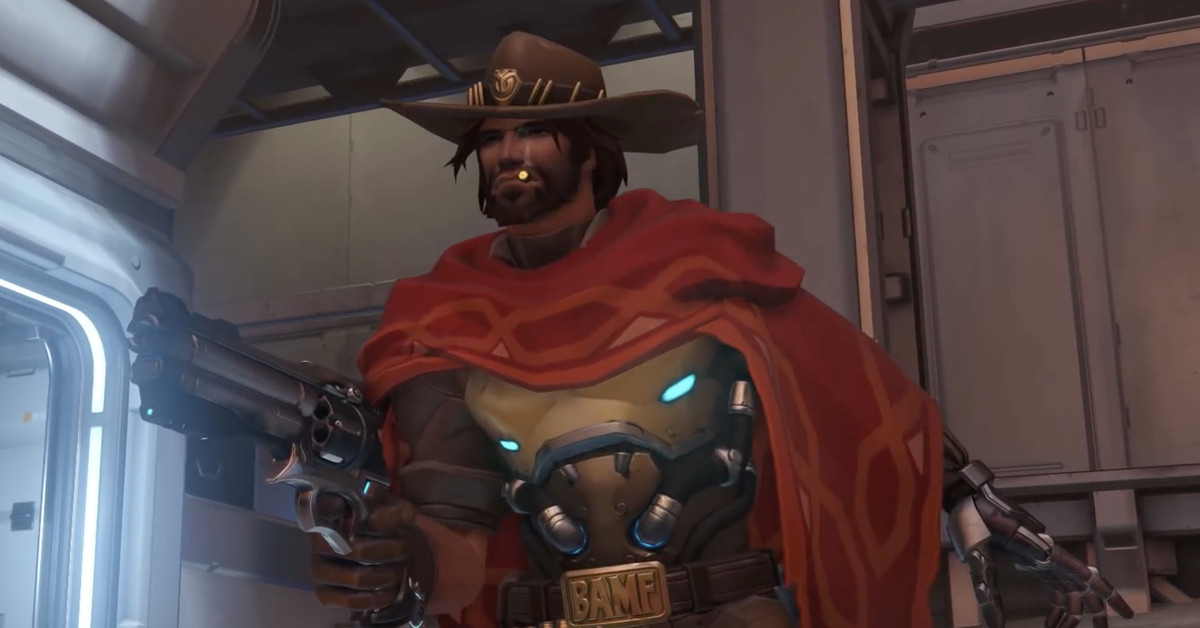 Blizzard says it plans to change its name Overwatch’s shooter character after the explosive lawsuit for sexual harassment filed against Activision Blizzard by the state of California. The character was originally named “McCree” after Jesse McCree, a former longtime Blizzard employee who appears to be pictured in the so-called “Cosby Suite” reported by Kotaku.

Blizzard has not shared a new name for the character yet, and the studio will delay a narrative arc in the game with the character previously named McCree due to the change. The company also committed to no longer naming characters in the game after real employees.

A message from the Overwatch team. pic.twitter.com/2W3AV7Pv6X

Recently someone Overwatch League casters had chosen not to say the gunslinger character’s former name, instead calling him “the cowboy.”

The planned change is accompanied by promised updates World of Warcraft to remove “references that are not appropriate for our world”, which may have referred to references from the past World of Warcraft senior creative director Alex Afrasiabi in the game. Afrasiabi was brought forward in the lawsuit for his problematic actions while on Blizzard. He was fired from Blizzard and appears to have worked for the company until June 2020.

The change also follows a recent decision by Blizzard not to make leather for Overwatch League MVPs after allegations of sexual assault appeared against earlier Overwatch pro and MVP Jay “Sinatraa” won.

When Blizzard confirmed that McCree was no longer with the company this month, it said longtime employees Luis Barriga and Jonathan LeCraft were also gone. Blizzard’s former head of HR Jesse Meschuk and former president J. Allen Brack also left earlier in August.

This week, the California Department of Fair Employment and Housing (DFEH) accused Activision Blizzard of “withholding and suppressing evidence” necessary for the investigation in an amended complaint. Employees protested against the company’s first public response to the lawsuit in July.