Black holes distort the universe into a grotesque mirror hall 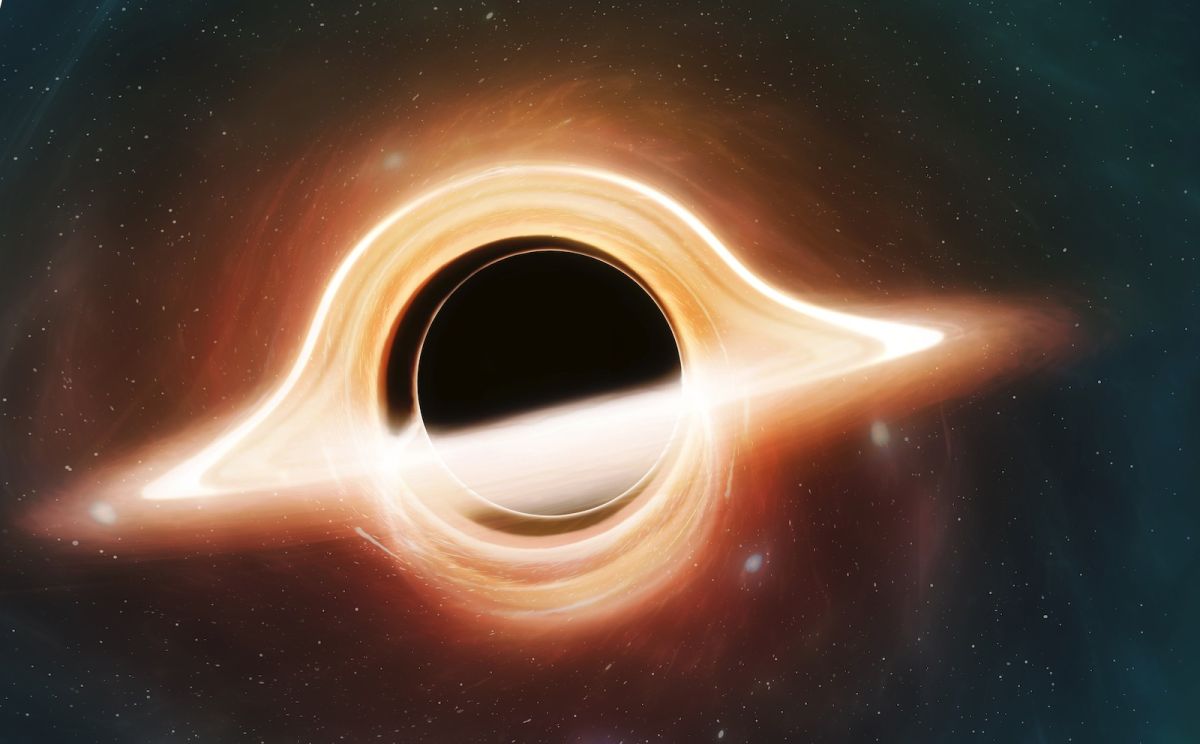 Imagine a galaxy reflected in a fun house with mirrors. You will see the galaxy, repeated over and over again, with each image becoming more grotesque and distorted. This is how the universe looks close to the event horizon of one black hole, one of the most distorted places in the cosmos.

While physicists had some previous ideas about what such regions looked like, a new calculation has shown exactly what you want to see around black holes, opening up potential new ways to test Einsteintheory of general relativity.

The area near a black hole is very strange. Looking directly at the heavy object will not give your eyes much to focus on; light rays are swallowed by the black hole event horizon, the point where nothing can ever escape its massive gravitational influence.

But if you were to place a galaxy behind the black hole and then look to the side, you would see a distorted image of the galaxy. This is because some light from the galaxy would barely graze the edges of the black hole without falling in.

Due to the extreme gravity of the black hole, such light would be bent towards the field of view. Strangely, the galaxy appears to be far away from the black hole, not directly behind it.

The gravity around black holes is so intense, and space-time is so incredibly distorted that light at a certain distance can orbit the black holes. Some of the light from a background galaxy is even captured and runs forever.

However, the light will need to come at exactly the right distance from the black hole to be trapped in a path. It can also hit the black hole at an angle that makes it possible to make one (or many) loops before it finally escapes.

For decades, physicists have known through simple estimates that each image is e ^ 2𝜋 times closer than the previous one.

In the formula e is the base for natural logarithm, and it corresponds to approximately 2.7182. Pi is another irrational number that is, about 3.14159, so e ^ 2𝜋 comes out to a number very close to 500. This means that each repetition of the same background object is about 500 times closer to the edge of the black hole than the previous one.

Do it the hard way

While physicists could get the simple result using pen-and-paper calculations, they were not sure if the special factor of 500 would be completely accurate if they looked closely at the behavior of the complex curvature in space-time near black holes. .

In the results published in a new study, Albert Sneppen, a graduate student at the Niels Bohr Institute at the University of Copenhagen in Denmark, used numerical methods to simulate the physics of light rays orbiting (and escaping) near black holes. He confirmed that the factor of 500 was the same in a very accurate treatment. His results appeared July 9 in the journal Scientific reports.

“There is something wonderfully beautiful about understanding why the images repeat themselves in such an elegant way,” said Sneppen said in a statement.

Sneppen found that the factor 500 only applies to simplified, unshakable black holes. Black holes in the real universe rotate, which changes the way light orbits them – which in turn changes how far apart the images are displayed.

“It turns out that when it rotates very fast, you no longer need to get closer to the black hole by a factor of 500, but significantly less,” said Sneppen. “In fact, each image is now only 50, or five, or even down to only twice closer to the edge of the black hole.”

Because the rotation of the black hole rotates space-time around it, each subsequent image of the background object looks like. Thus, the longest image will appear relatively undistorted, while the closest image may be completely unrecognizable.

Into the fun house

Technically, there are an infinite number of repeated images of background objects, each closer to the event horizon. In practice, humans may never see them, for only a few will be soluble, even with the most powerful telescopes.

But the few would give a powerful perspective into the heart of general relativity, the mathematical theory that describes gravity.

In 2019, Event Horizon Telescope generated a network of dishes that span the globe the first image of the “shadow” of a black hole that threw on the surrounding gas and dust. That telescope was not powerful enough to capture more fun mirror images of background objects, but future telescopes could.

Comparing how real objects differ from what we expect from calculations such as Sneppens, will give a unique test of general relativity. For example, if there was a supernova – a super-powerful explosion of a dying star – behind the black hole, we would see that the supernova went off several times. Each image will be delayed by a certain amount, depending on how many times it orbits the black hole, so that scientists can compare the theories with reality.

We just have to be willing to stare into the void long enough.