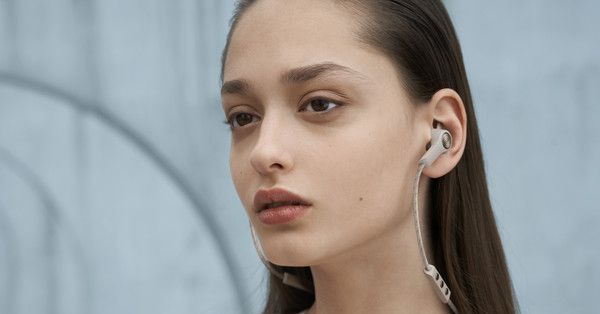 Bang & Olufsen debuted a new pair of wireless neck deals on IFA this week. The knobs, called the E6, look nothing like the really E8 ears; They look more like the H5 from 2016, both of which are necklaces with braided wires. E6's main point of sale seems to be their snap-on charger, enabling users to listen to music and upload simultaneously. It's an interesting idea, although it does not look super practical.

While you can probably listen and charge at the same time, it does not mean you're free to wander around the room. Snap-on charger slides over the E6 battery, but it requires a wired USB-A cable, which probably stays connected to a computer. Bang & Olufsen says that the battery will last for up to five hours of play time. Here's an idea of ​​how snap-on lets look in action.

It's nice! Perhaps it would be convenient, but again I do not see myself trying to listen to music when it is attached. To switch off the E6, just hold the two ear plugs together through their magnet.

Otherwise, E6 is quite similar to H5. Sound can be customized through the Beoplay app; Their remote control, while converted, allows users to control the playback; and they include a variety of ear tips and ear fins for a more comfortable fit. E6 is on sale now for $ 299.