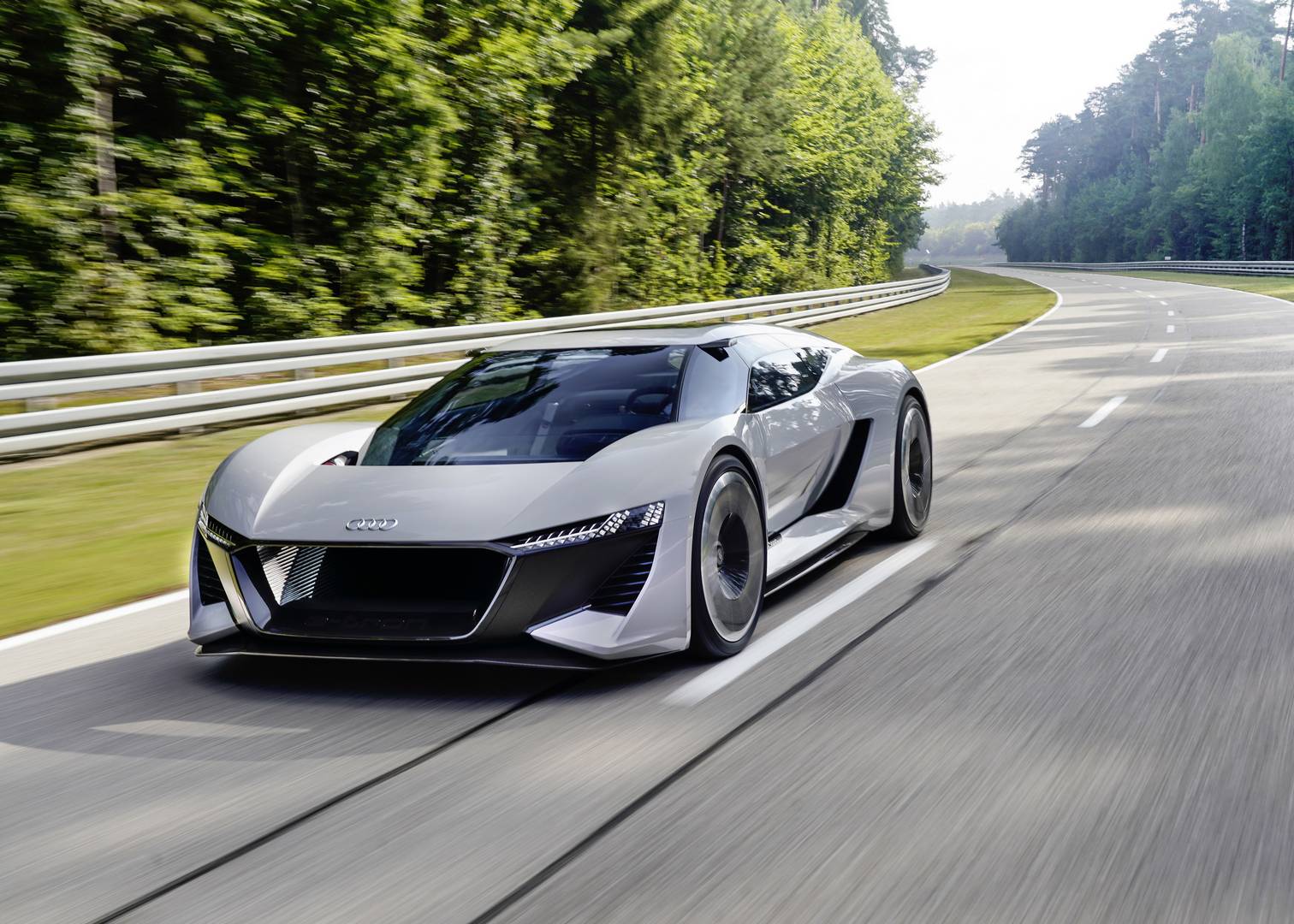 Audi has unveiled its big Pebble Beach debut in the form of the Audi PB18 e-throne Concept. The concept takes its name from the Audi R18 e-throne LMP1 racing car that Audi retired a few years ago.

The concept was designed at the new Audi design studio in Malibu, California. It looks very like in shape at least the Audi Aicon concept from 2017. Design elements like the side windows and the extended arcs are transferred. The similarities are not just skin deep either. The two concept cars also share their electrical drive systems.

The R18 e-throne Concept has a sharper focus on performance though, while Aicon was a business beam for the road. In Audi PB18 e-throne there is no autonomous driving system. To keep things simple, the driver has a steering wheel, a throttle pedal and a brake pedal with none of the complex systems found in other Audi Concepts.

Designed for the Audi PB1

8 e-throne Concept includes an inner and outer monoqueque. The driver's seat and cockpit are integrated into an inner monocoque shell that can be placed in the middle of the interior as in a monoposto.

PB18 e-throne Concept uses the traditional architecture of a motorsport engine. The center of gravity is located behind the seats and in front of the rear axle. It is constructed of a blend of aluminum, carbon and multifunctional composites, even with a solid state battery, it has a total weight of less than 1,550 kg. 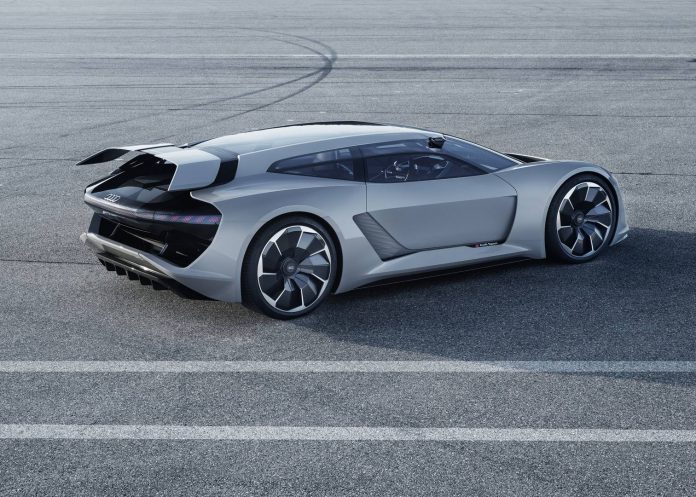 PB18 e-throne has a slightly sloping roof with large C-posts. The rear window is almost vertical and gives the appearance of a shooting brake. It is a practical supercar concept with 470 liter load space. The back has a marked red light ribbon and a rear diffuser that can be moved down mechanically to increase the volume. The rear spoiler is also capable of the same. Laser beam light is another technical highlight.

Although Audi has chosen not to fit autonomous technologies to the Audi PB18, it has the benefit of a performance-specific innovation. The dashboard is a clear panel that allows the driver to look for the asphalt below and better place the car on the track. The clear panel doubles as a transparent OLED screen to display the optimal line.

The drive uses three powerful electric motors, one front and two at the rear. The rear motors are centrally located between the steering wheels and each drive wheel via the halves. 150 kW power is delivered to front axle and 350 kW rear with a total of 500 kW available normally and 570 kW on boost.

Moment of 830 newton meters (612.2 lb-ft) is available immediately with required acceleration from 0 to 100 km / h in just over 2 seconds. The liquid-cooled solid state battery saves 95 kWh of full charge, giving an area of ​​over 500 kilometers. The Audi PB18 e-throne is designed for charging with a voltage of 800 volts, 15 minutes to see it fully charged.