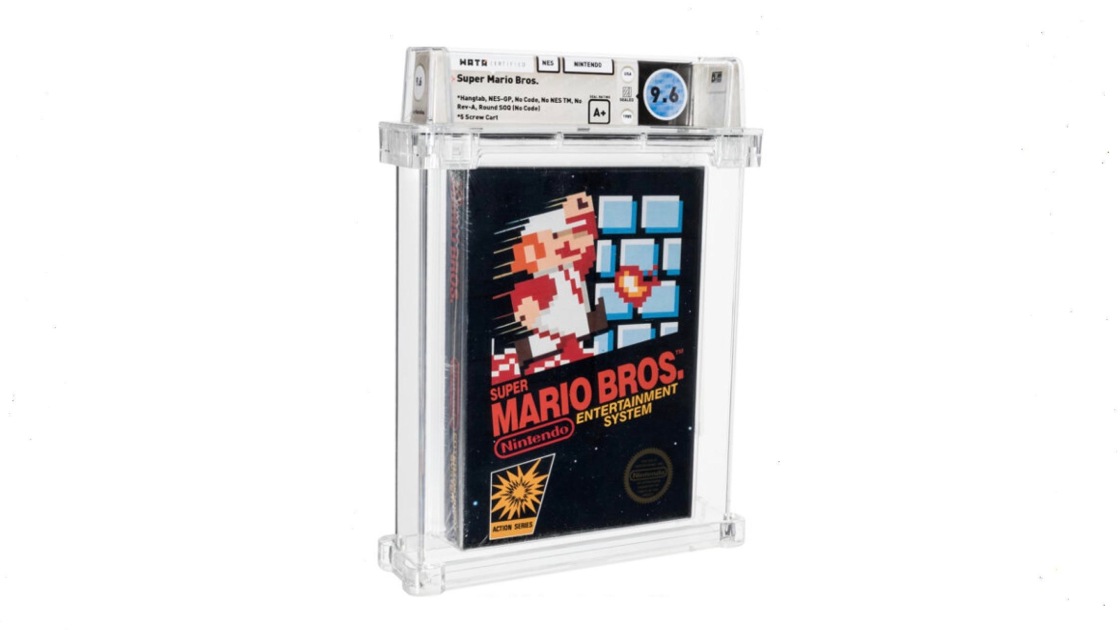 Heritage Auctions is bidding for the still sealed copy of the game, which is ready to break the record for the highest amount paid for a single video game at the auction house.

More than 40 million copies of Super Mario Bros. has been sold all over the world, making it one of the most popular video games of all time. So what makes this copy so special? Amazingly, it is still contained in the original shrink wrap, and the condition has been rated at almost perfect 9.6 out of 1

“This particular copy was produced in late 1986, making it one of the earliest produced copies to have plastic packaging, instead of sticker sealing, and a perforated cardboard mount,” said Valarie McLeckie, Heritage Auctions video game director, in a statement.

“Since the production window for this copy and others as it was so short, it would be just as difficult to find another copy from the same production run in a similar condition as looking for a single drop of water in an ocean. Never say never, but there is a good chance that it can not be done, “she added.

Ironically, the game was priced at just $ 25 back in 1985 when it was first sold in the United States. How this particular copy survived so long without being opened is unclear. We have contacted Heritage Auctions for comment and we will update the story if we hear back.

The current record holder for game sales at Heritage Auctions is an original copy of Super Mario Bros. 3, which raised $ 156,000 in November last year. It was also an unopened copy that had apparently disappeared into someone’s closet.

Last year, a separate, unsealed Super Mario Bros. game was auctioned, but only for $ 114,000. This copy had a slightly lower quality rating of 9.4 out of 10, and was produced during another production.