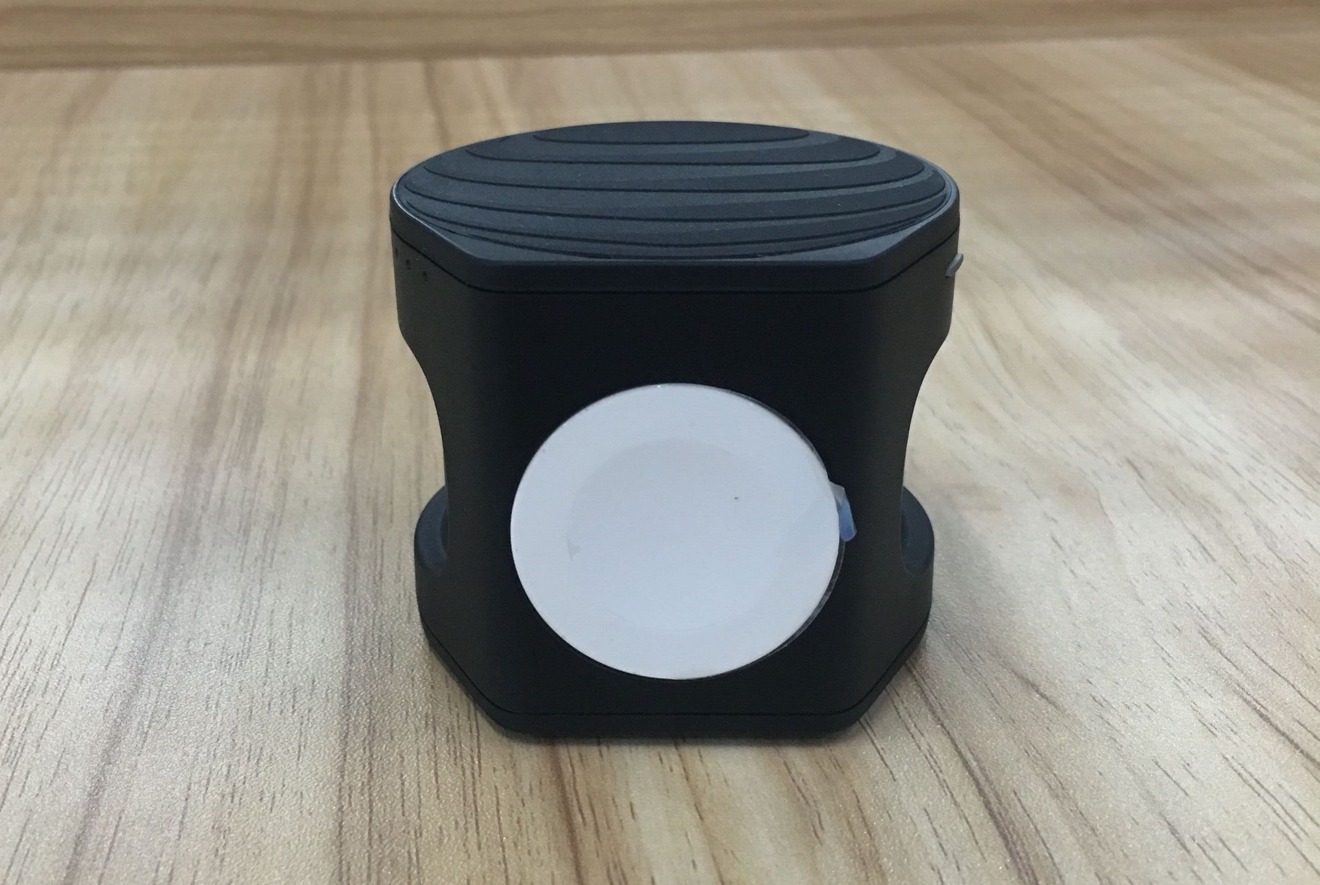 AT & T is preparing to release "Power Drum", a portable battery pack capable of charge an iPhone and an Apple watch wirelessly while giving users a little extra power for their Apple devices while on the move.

Found in the FCC and Qi Wireless Power Consortium archives, the AT & T Power Drum aims to provide charging capabilities in a compact size. An Apple Watch can be attached to the outer edge of the cylindrical unit, which has a flat edge for the body and a groove to better hold the straps in place, while an iPhone can be placed on either side when the power bank is placed on a surface.

The device can make up to 10 watts for "select wireless chargers" as well as up to 5 watts for Apple Watch, Zatz Not Funny . Packaging supplied in the archives shows that it has a capacity of 3000mAh and can be recharged using microUSB.

Images from FCC archives for AT & T Power Drum

While archiving has occurred, there is no official word on the device from AT&T itself. Apart from a copyright statement from 2019 on the packaging, there is no sign of expecting the release. When AT&T Power Drum goes on sale, the packaging also indicates a price of $ 99.99, although this may change.

Although not the same in implementation, Power Drum apparently gives the promise of multi-unit charging in a single charger that may be attractive to those waiting for the arrival of Apple's AirPower, a charging station that could apparently charge an iPhone , Apple Watch and AirPod's charge case at the same time. Despite being plagued during the 2017 iPhone X event and promising the release in 2018, Apple has apparently decided to send the accessories and dries almost all references to it online.