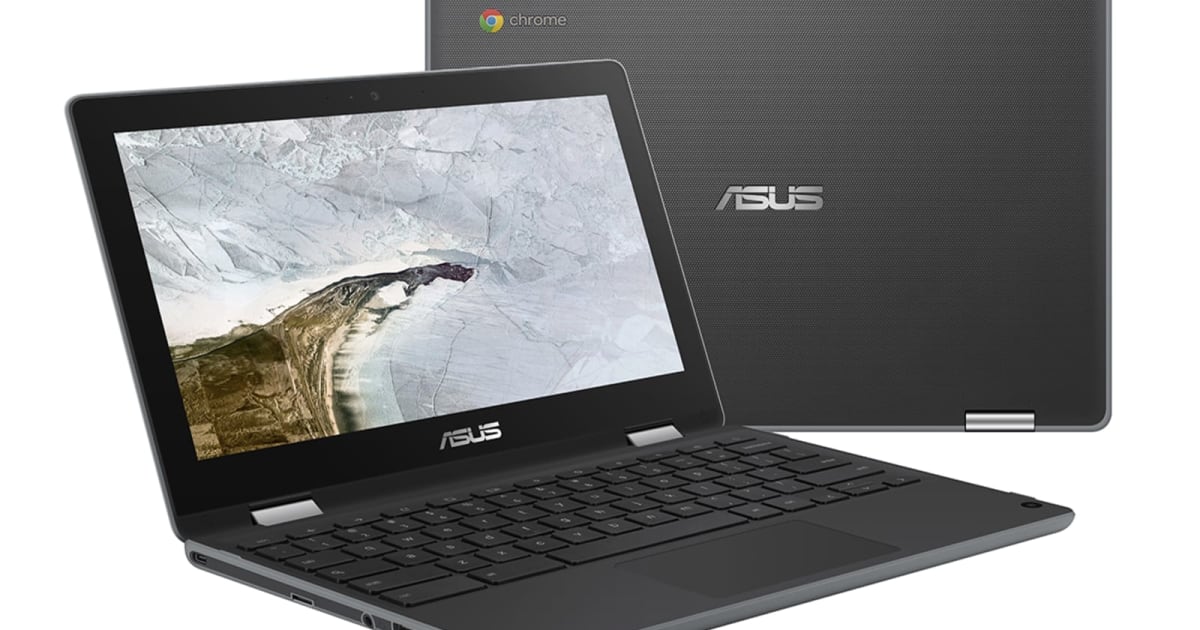 Next listing in the list is the Chromebook Flip C214 – a follow-up to the C213 – which also has a robust exterior playable keyboard and a 360 degree hinge. Since it is meant to be used as a laptop or as a tablet, ASUS placed its worldview in the lower right corner of the user-friendly palm rest when in tablet mode. Powered by the Intel N4000 or N41

00 Celeron processor, it has 4GB of RAM and 32GB of storage, which can be expanded via microSD or via external storage via the USB Type A port.

The remaining two models are both laptops with 180 degree hinges, allowing them to lie flat and allow groups of students to work with a device. The C204 has an 11.6-inch HD display, while the C403 has a 14-inch HD display. Both models come with 4 GB of RAM, 32 GB of storage, USB Type-C and Type A ports, and a microSD card slot. The C204 will be powered by an Intel-dual-core Celeron processor, but ASUS did not specify the C403's CPU, other than saying it is also dual-core. We see the units and know more at CES 2019, where the technology giant will show them before the launch the next few months.