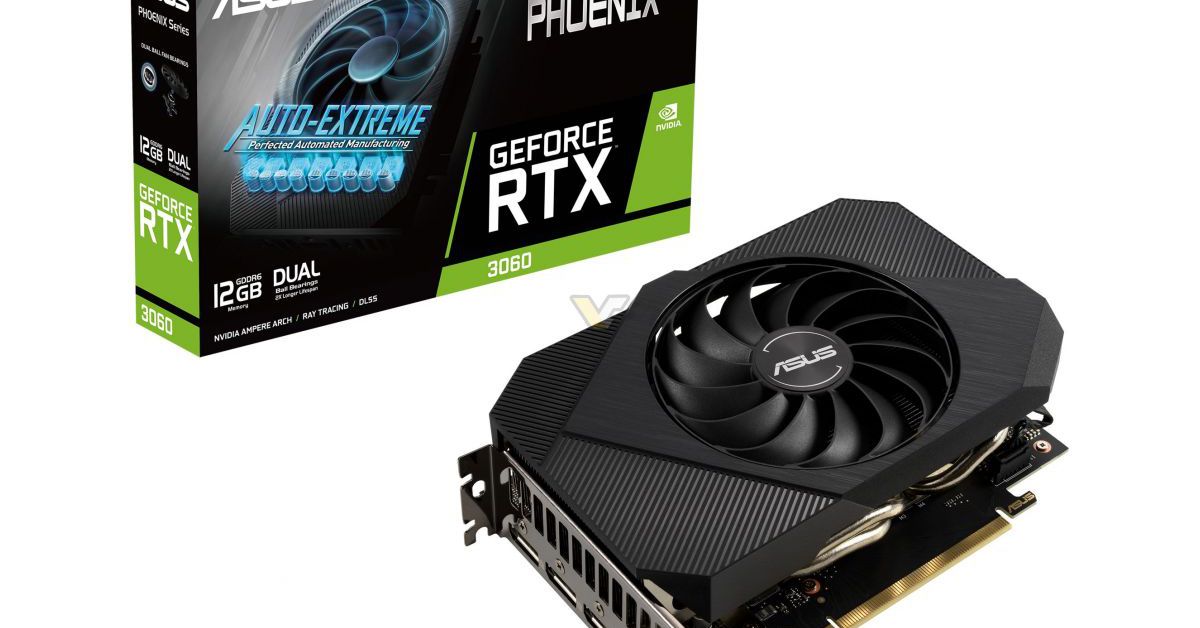 Unlike most GPXs in the RTX 3000 series, Nvidia’s RTX 3060 graphics cards can be relatively compact. The EVGA RTX 3060 XC with two fans that we reviewed, for example, measured only 201.8 mm long, for example, which makes it easy to fit in most gaming cases. But if you want something even smaller, Asus has become the latest to announce an RTX 3060 GPU with a fan, from the Phoenix brand, which is known for making compact desktop GPUs.

Asus’ single-fan GPU is actually the longest single-fan GPU announced to date, with 177 mm long (and 2.55-track wide), while companies such as Gainward (1

70 mm), Palit (170 mm) and MSI (172 mm ) has made more compact RTX 3060 GPUs with a fan that is even shorter and takes only two tracks each. Still, Asus is particularly shorter than the already short EVGA 3060 dual-fan card we reviewed.
Asus has not yet announced a price or release date for the RTX 3060 Phoenix

Like other RTX 3060 cards, the RTX 3060 Phoenix includes the same 3,584 CUDA cores, 12 GB of GDDR6 memory and four monitor outputs: one HDMI 2.1 and three DisplayPort 1.4a outputs. The card requires a single 8-pin PCIe power connection, a minimum power supply of 650W, and has no RGB lighting.

Asus has not yet announced a price or release date for the RTX 3060 Phoenix. But you can predict that when the cards become available, they will probably be difficult to find and buy – and the street prices these cards go to are more than the actual MSRP.