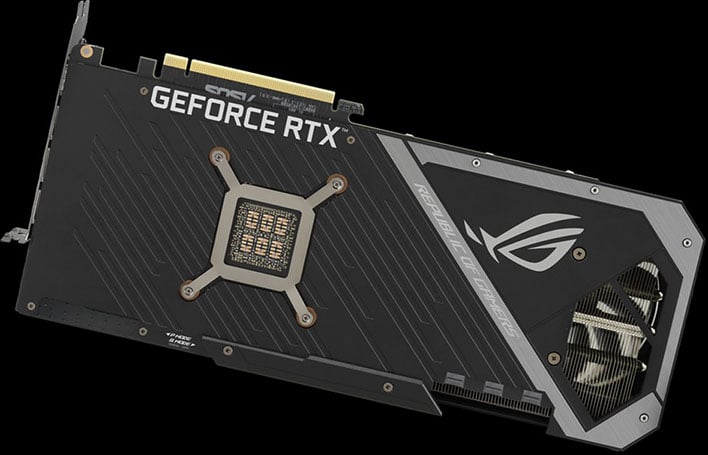 Someone at ASUS may have participated in one too many glasses of spiked eggnog during the holidays, because the drop-down menu for the graphics card section on the company’s support page listed two unreleased and unannounced GeForce RTX 30 Series graphics cards. This would be the GeForce RTX 3080 Ti and the regular (read: non-Ti) GeForce RTX 3060.

Not that we should be surprised that there will be more Ampere cards. NVIDIA started things in the consumer area with the Geforce RTX 3080 on September 1

7, followed by the obscure GeForce RTX 3090 a week later on September 24. So on October 29, NVIDIA released its slightly delayed GeForce RTX 3070 graphics card.
These were the cards NVIDIA originally announced. There were rumors that it would also be a GeForce RTX 3060 Ti, and it was fulfilled on December 2 and took its place as the most affordable version of the Ampere, priced at $ 399.
Meanwhile, there are many rumors that more Ampere cards are on the way. Earlier this month, the aforementioned GeForce RTX 3080 Ti was apparently confirmed in an HP device ID list. Now it seems that ASUS has spilled the beans as well. Take a look…

ASUS has now removed the unannounced entries from the drop-down menu, but not before you could take a screenshot – as I often say, there are no mulligans on the internet. You can see above that a factory clocked ROG Strix GeForce RTX 3080 Ti with 20 GB of memory is highlighted (along with a stock clocked version just below it), and directly above it are a pair of ROG Strix GeForce RTX 3060 cards with 12 GB of memory (stock clocked and factory overclocked models as well).

The TI variant will double the amount of memory while presumably sticking with the GDDR6X. Other specifications remain to be seen, such as the number of CUDA cores, memory bus width and clock speed.

As for the standard GeForce RTX 3060 that is in print, it is interesting to offer 4 GB more memory than the Ti variant, where the latter has 4,864 CUDA cores, 152 TMU, 80 ROP and 8 GB GDDR6 on a 256-bit buss. Rumor has it that the standard version will contain 3,840 CUDA cores, so even if it has more memory, performance will still be lower than the Ti model, as expected.

It is not clear when these cards will see the light of day and at what price points. But with HP and now ASUS both tipping new models, we have to believe that they are bound for a release relatively soon.